Can I Grow Vegetables Near a Road?

My new vegetable garden is located right next to the road through the village. Is this a problem? Some studies seem to suggest that it is, but I have my own thoughts about this subject. 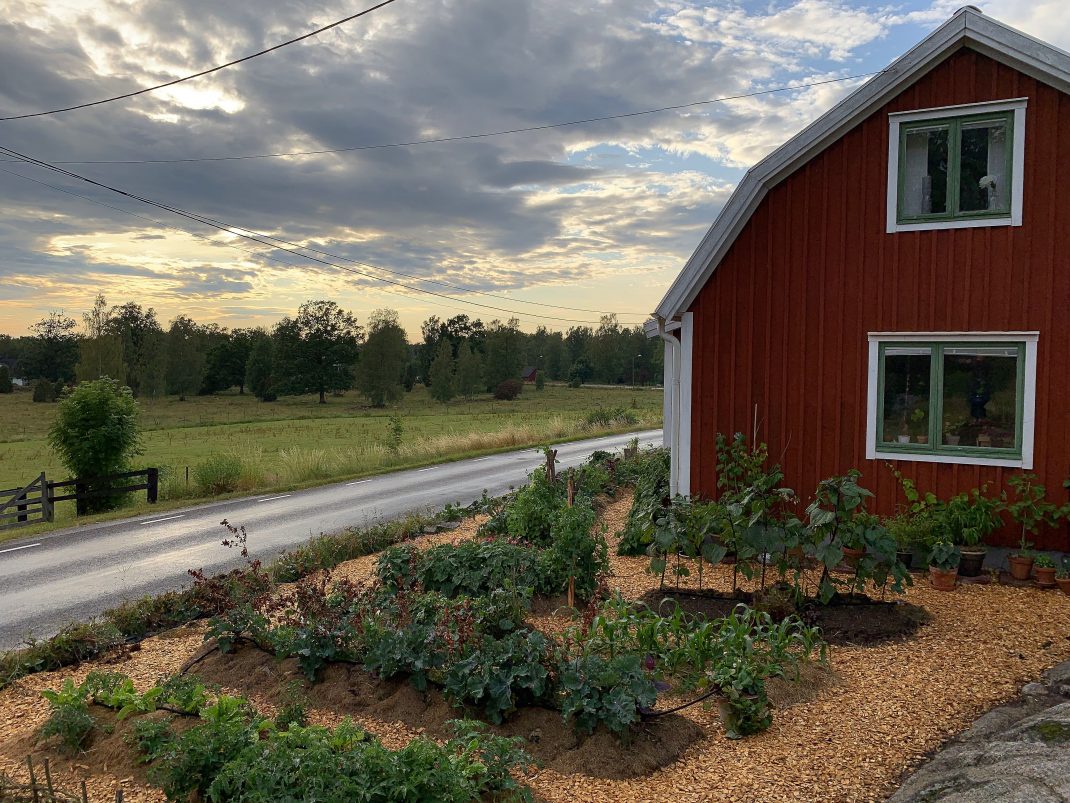 My new cottage garden on Oak Hill is located right by the road in the village, in a slope with a nice view of pastures and the lake Åsnen nearby. This is the first time I grow vegetables near a road, and I know that some of you want to know more about how it works.

My new cottage garden project has given me new perspectives that I didn't have before, when growing my kitchen garden at home. The garden here on Oak Hill is very different from my garden at home. Partly because of the surroundings. The hill it's located on is mostly made up of rock, and both the cottage and the garden are right next to the road passing through the village.

I wanted to write a bit more about this subject today. Can you really grow vegetables right next to a road?

To be honest, I actually didn't even consider the proximity to the road when I got the place in March 2019. I was so focused on growing vegetables here in the near future that I was actually surprised that some people didn't like the idea. One of my neighbors asked me if it was actually safe to grow vegetables near a road. And this is one of the most common questions my readers had for me too.

This is the short answer of course, but I have lots more to say! 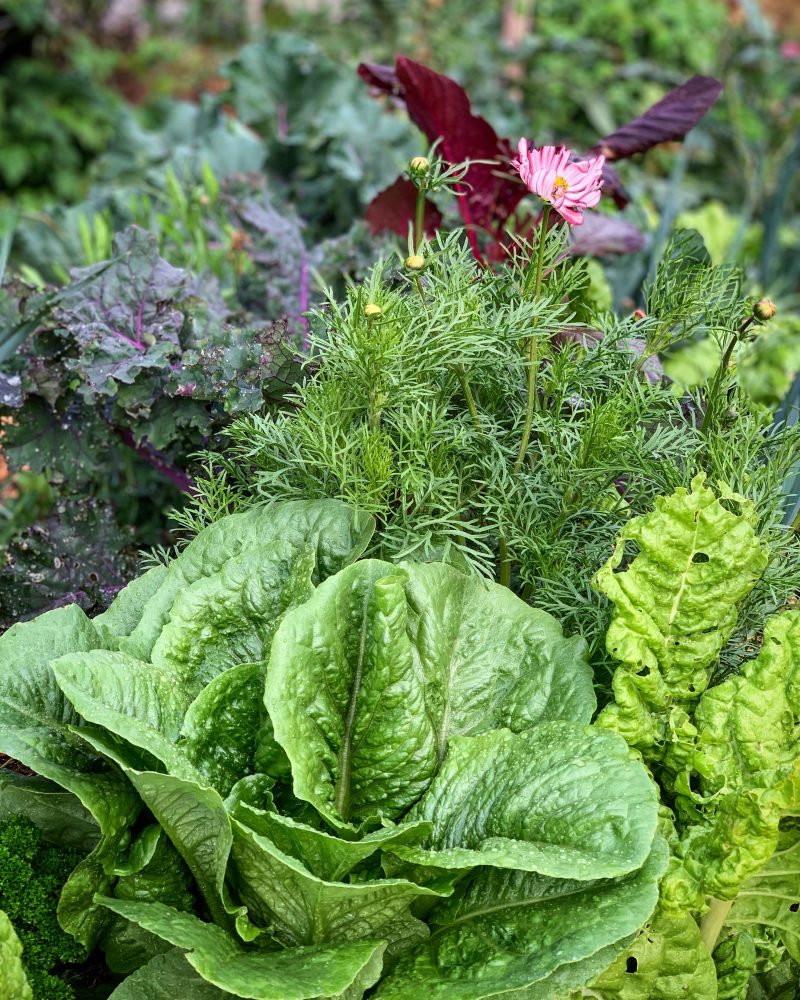 The general advice for anyone who wants to grow vegetables near a road is to rinse the plants. Root vegetables are a bit different though, less affected by the fumes.

More about my roadside garden: My beautiful new bed

An old Swedish recommendation from 1979 states that any vegetable garden should be around 80 feet away from a very busy road. According to the definition then, that was around 3000 cars per day. The Swedish Food Agency came up with this recommendation after a scientific study had shown that vegetables could absorb lead from the ground. At that time, lead was often used in gasoline and that's why a safety distance seemed appropriate.

A large gardening organization here in Sweden did another study in 2003. The goal was to take another look at how vegetables near a road were affected by the traffic. By then, using lead in the gasoline was forbidden.

More about my cottage garden: Oak Hill Cottage Garden in May

The new study concluded that it's still advisable to keep a distance between the vegetable garden and a heavily trafficked road, and that you should rinse the vegetables before eating them.

So, if you want to grow vegetables near a road but feel worried about the health aspects, you should really consider the phrase heavily trafficked road. The vegetables used in the study were grown in the middle of Stockholm, which is the capital of Sweden. The road they decided to grow next to is one of the largest ones in the city. On a normal day, 24 000 cars pass by here. The vegetables that they analyzed did, despite this, not come close to dangerous levels of lead and cadmium.

That's what they found out about lead and cadmium at least, but I guess that there are still lots of things we can learn about how exhaust fumes affect our homegrown vegetables. I hope that's something we get more informed about in the future! 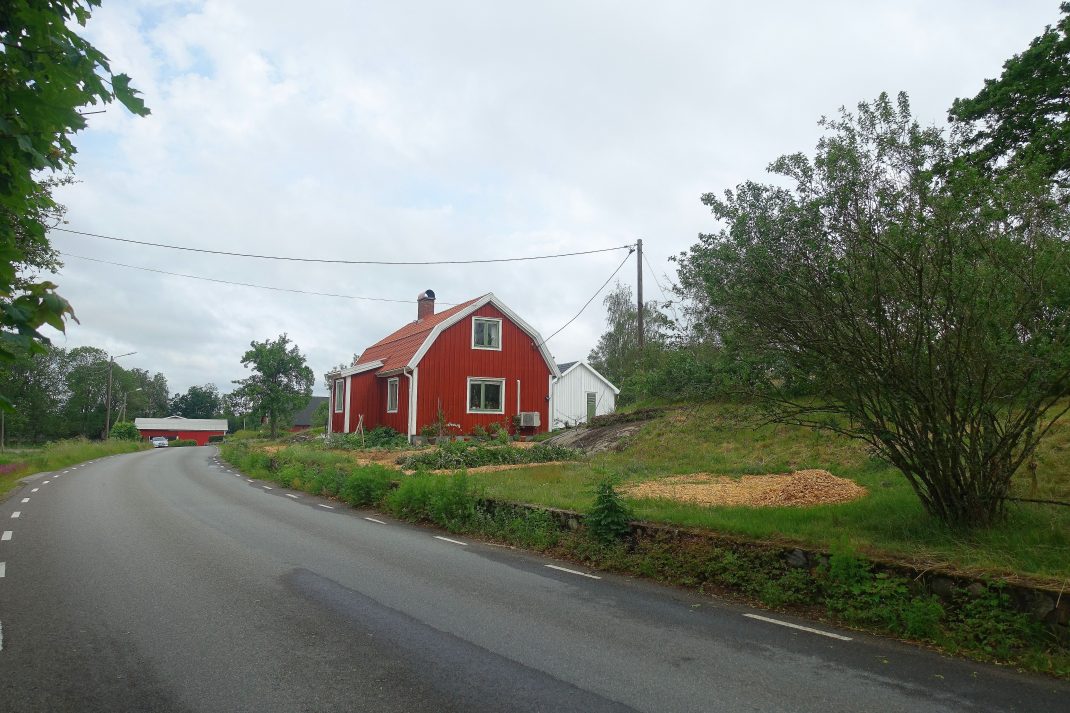 Here you can see the location of the road and my cottage. But the traffic is really not a problem and I don't think that my vegetables are affected at all.

I live in a small village and we don't get anywhere near 3000 cars per day on our little road. That's why I think that it's completely safe to grow vegetables near a road with little traffic, like ours.

Following the rules and listening to sound advice is important. But I think it's equally essential to worry about the right things. In my mind, I would worry a lot more about letting my kids grow up in the city than eating these vegetables. I also hesitate to buy imported vegetables that I don't know much about at all. We get news about the harmful effects of certain pesticides and fertilizers often used in large-scale vegetable production all the time. I have to say that I think that the vegetables I grow here are entirely safe in comparison.

So in conclusion, I'm not at all worried about the vegetables I grow here on Oak Hill. The little traffic we get here won't affect the produce at all.

I know that a lot of you might have your own experiences related to this subject. Feel free to let me know what you think about growing vegetables near a road. Have you decided against it and are you worried about the substances we might find in our fruits and vegetables?
/Sara Bäckmo