A Tour of my Flower Garden

I have been working on my garden for ten years now, but just recently started to truly appreciate another aspect of it. The flower garden! 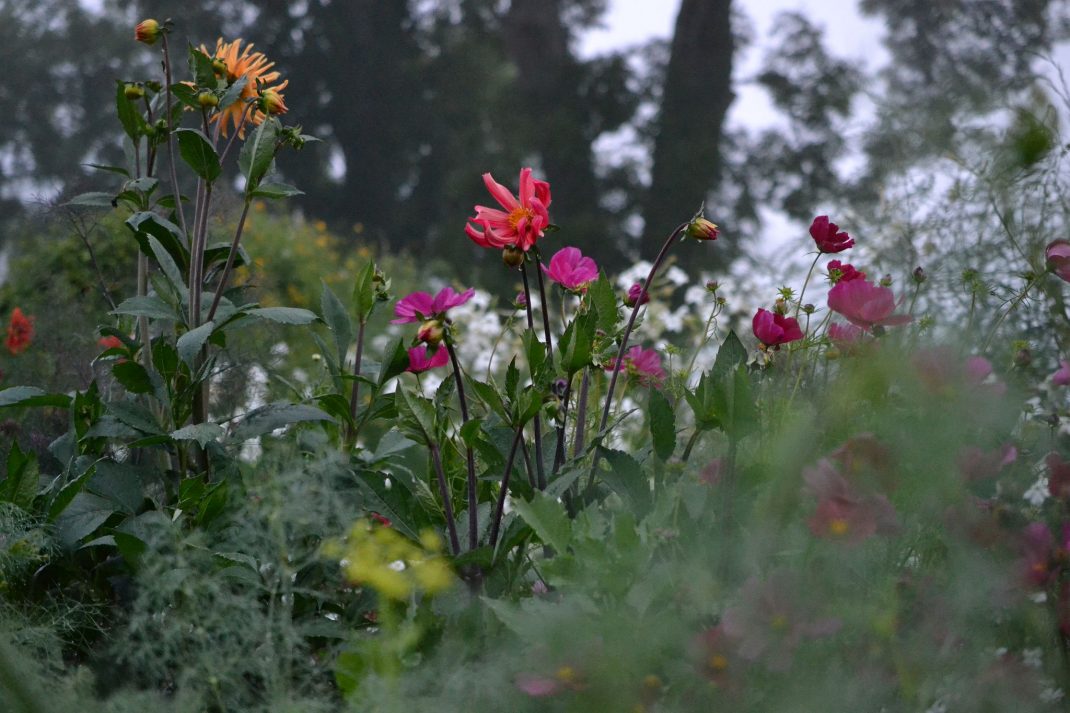 My lovely summer flowers behind a blur of asparagus and fennel leaves. Keep reading to learn more about how to create a flower garden! The picture was taken in 2015.

As you might know by now, I mainly write about growing vegetables. I have been doing it for ten years now and it gives me so much joy. There's another aspect of my garden I haven't been talking as much about though! Right next to my vegetables, adding a different kind of energy... My flowers of course! Why not create a flower garden at home too? 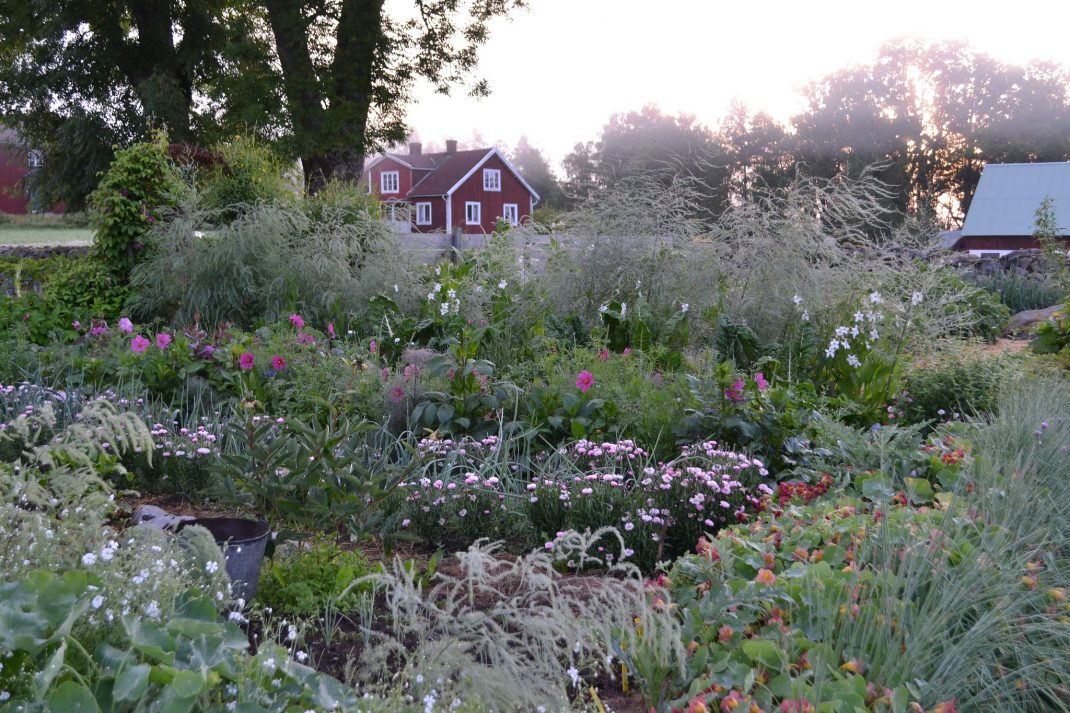 Summer 2015 was probably the most beautiful season in my garden so far. This was the year before my fourth child was born. After that, I mainly focused on growing edible plants. 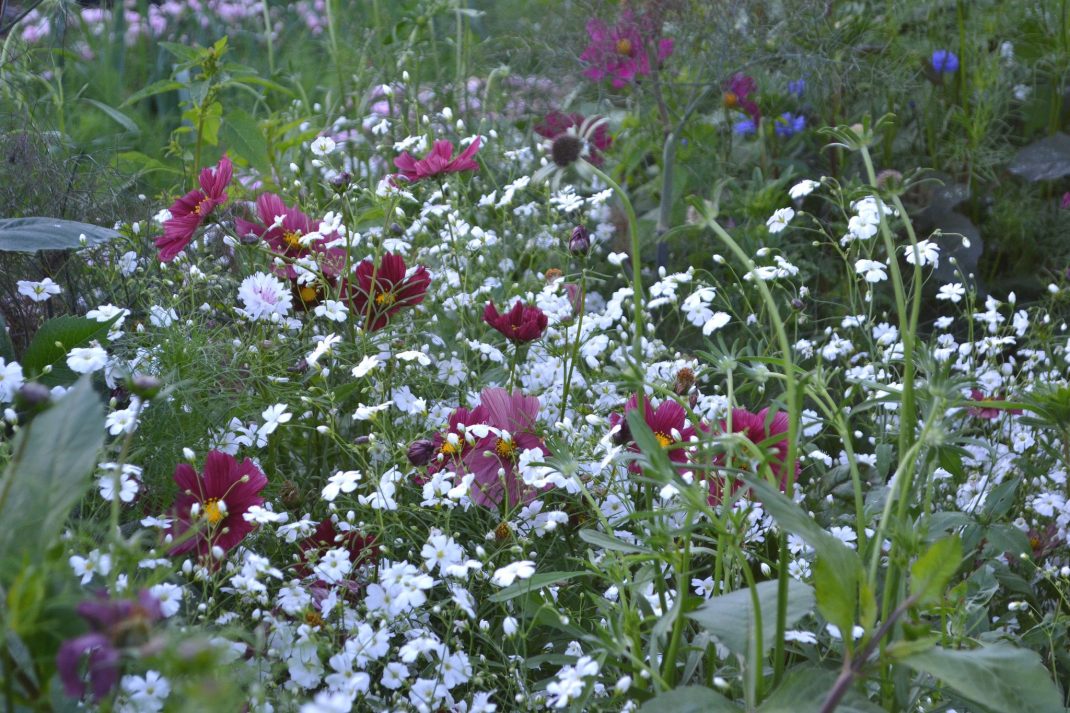 The white flowers in the picture are called baby's breath. I really enjoy using it for companion-planting projects. But why haven't I used it for bouquets yet? The picture was taken in 2015.

I decided to create a flower garden mainly to give my vegetables a little boost, with nice splashes of color with all the shades of green. I have also been enjoying the growing in itself. Both the perennials and the annuals. But that's been it for me.

Flowers are of course wonderful, but our lives have been a bit chaotic these past few years. With our young kids and renovation projects going on, making bouquets hasn't exactly been a priority.

I can't help but laughing when I write this. This is actually the day I decided to go through old pictures from my garden. And there are flowers everywhere! Have I really had them around all these years, without really doing anything special with them?

The pictures from 2015 are especially magic to me. This was my fifth season in the kitchen garden. The soil was amazing and my plants were growing so nicely. 2015 was the year before we had our fourth child. After that, I just didn't have the energy to take care of the plants as well and I mainly focused on the edible ones. The flowers have still been around though. My flower garden has just been less of a priority I suppose!

Garden cosmos and asparagus are so beautiful together. I just love the single-flowered varieties that sway on their thin stalks. 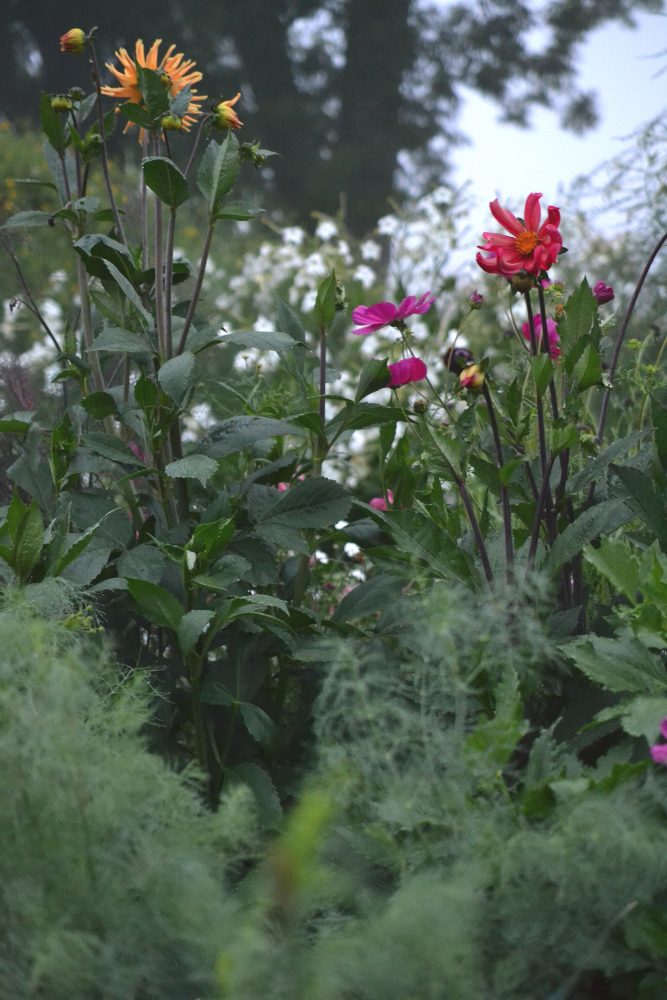 I pre-seeded the Fantasia dahlia variety and it looked gorgeous in summer 2015. But I didn't put a single one of them in a vase. I guess I just wasn't ready! 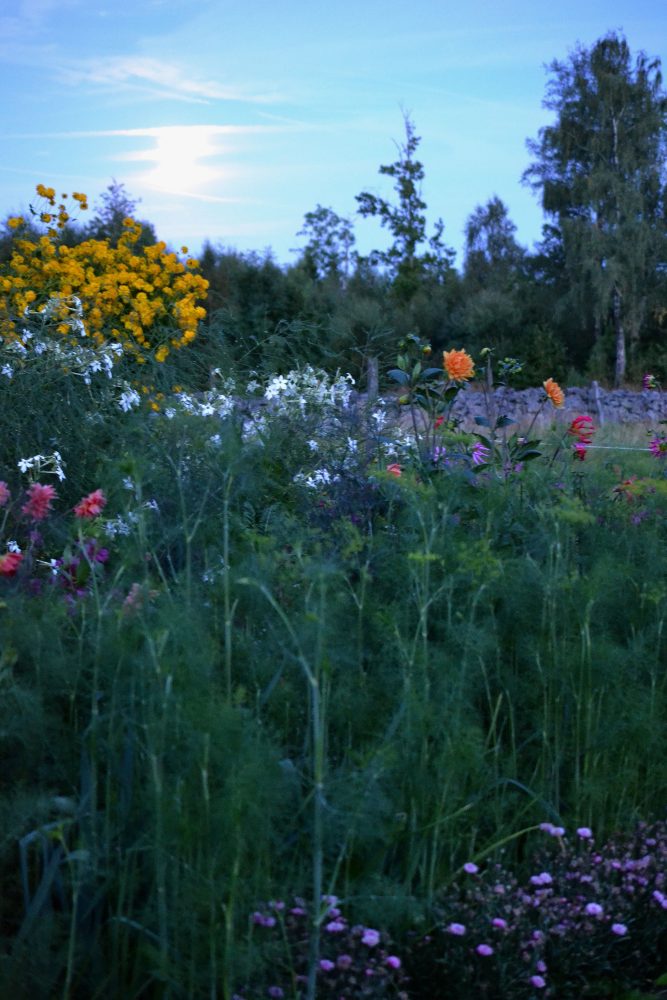 The flower garden looks lovely at night too. I took this picture in the moonlight!

This has been a big year for my flower garden. After ten years of focusing on edible plants, my attention is shifting to the purely ornamental plants here in the kitchen garden. I just love picking and arranging my flowers. And bringing them inside too! It almost feels like the final piece of the puzzle was finally put in place. I don't know how to describe it any other way! Perhaps I wasn't ready for it until now? My friend Ninnie calls it stages that we all go through at some point in our gardening. I really like that description! And I don't regret putting so much emphasis on the vegetables these past ten years. That's what I focused on at the time and I didn't have the time or energy to do more. But now, I do!

My archive of pictures from 2012 and forward is filled with plenty of flowers. I guess I haven't been paying that much attention to them. But when I see the pictures now, they almost move me to tears. My flowers have after all been such an important part of my garden for a very long time. A constant presence from the start, providing me with so much beauty, lovey fragrances and little helpers in the form of pollinators in my kitchen garden. Perhaps I'm maturing into a new type of gardener. And I can't wait for the next stages to come after the flower garden! Maybe a newfound passion for rocks when I'm 50?

Well, I think most of you who follow Sara's Kitchen Garden are more interested in vegetables. At least for now. But I think I'm going to talk a bit more about the flower garden too. I don't plan on changing the focus of the blog though. I just might give you a few splashes of color and inspiration now and then when the fall and winter darkness feels a little too overwhelming. Until then, I recommend checking out my Swedish Instagram account @skillnadensblommor to see more of the flowers I grow in my kitchen garden. Or, watch the videos below!