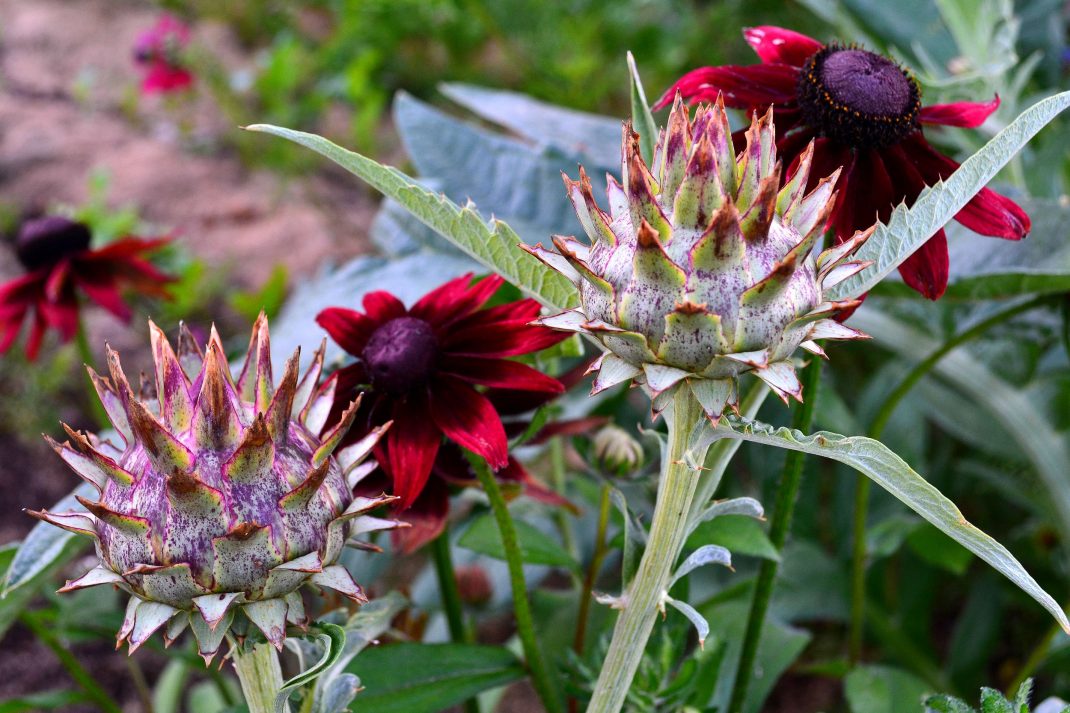 This beautiful cardoon is in the same family as the artichoke, just one of the vegetables I sow in February. Here together with a black-eyed Susan.

Can you really sow in February? The answer is yes! It might not seem like it, but there are plenty of possibilities even this time of the year. I do of course do many small sowings all year round, and some vegetables are extra suited for winter sowings.

For those of you who are new to my website, I post a list of vegetables that you can sow every month of the year. I live in zone 3, so feel free to adapt the list to your climate of course!

What to sow in February:

Pre-sow indoors and plant outside later:

Grow in a hotbed in my polytunnel:

Winter-sown/pre-sown plants in the polytunnel

The vegetable cardoon (in the top picture) is a thistle, just like the artichoke. You don't actually eat the flower bud though, but the stems instead. Simply put newspapers or burlap around them before harvesting, so that they become a little pale. Then you eat them boiled with butter. They are supposed to taste similar to asparagus. I have grown them for three years now, but I couldn't bring myself to harvest them yet. Cardoon is just so pretty! But maybe this year...

As you can see, I start early with plenty of vegetables. Some people might not know that you can sow seeds in cold soil and probably heard stories about seeds rotting etc. That can of course happen. Some seeds are not suited for winter sowing, for example, some gourds and beans. That's why I left them off the list, other than for pre-sowing indoors of course. By now, I really know which vegetables I can sow early. This is actually really useful knowledge!

Watch the video below to learn more about how I sow in cold soil, and which vegetables you should use:

Some books and magazines tell us that we shouldn't sow winter vegetables, simply because the harvest might be smaller. And of course, your plants might not be huge. I still think that it's worth it though!  The winter vegetables definitely make a big difference in our household, a family of six.
/Sara Bäckmo