It's time to transplant my beet seedlings outdoors! I decided to grow beets from seed in plug trays this year. It worked surprisingly well! 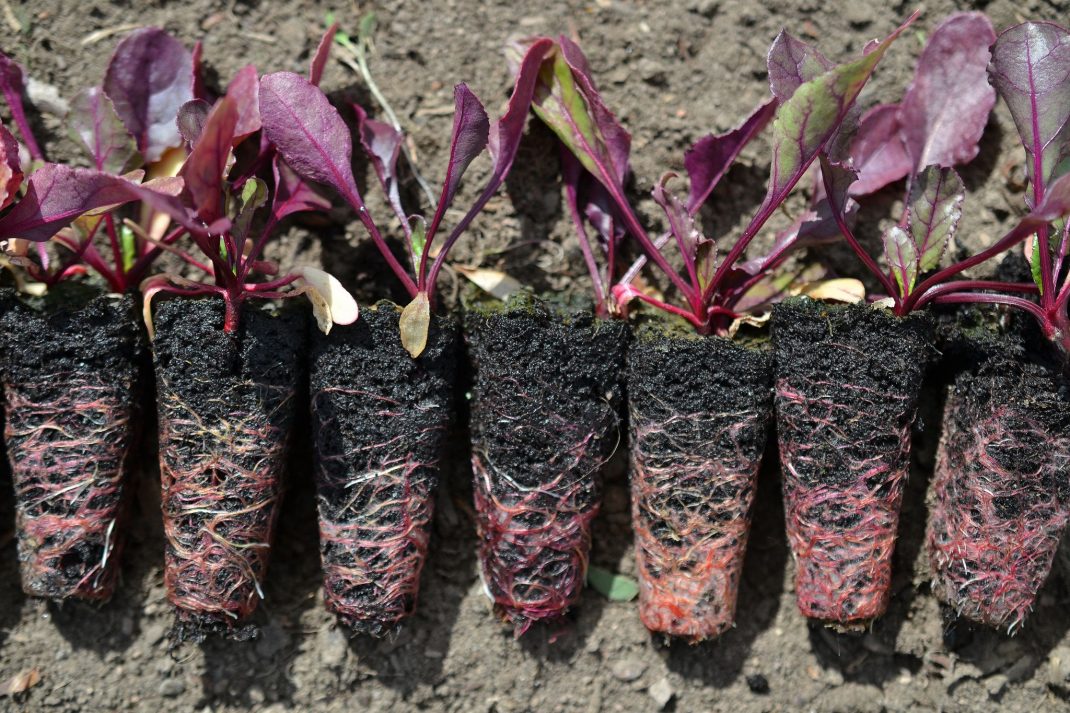 I'm growing beets from seed in plug trays. These little seedlings will be planted soon!

Look at these lovely beets! I grow my beets from seed in plug trays here in the kitchen garden. This method actually works really well and I can grow plenty of little plants that I can transplant later. In my opinion, it's a lot easier to succeed this way rather than direct-sowing the seeds.

The variety I'm growing here is called Detroit Dark Red 2. A really nice, round little beet. It's an heirloom variety from the 1800s. I mainly use these beets for cooking and pickling. Beets are really easy to store over winter and that's why I want to grow so many of them. 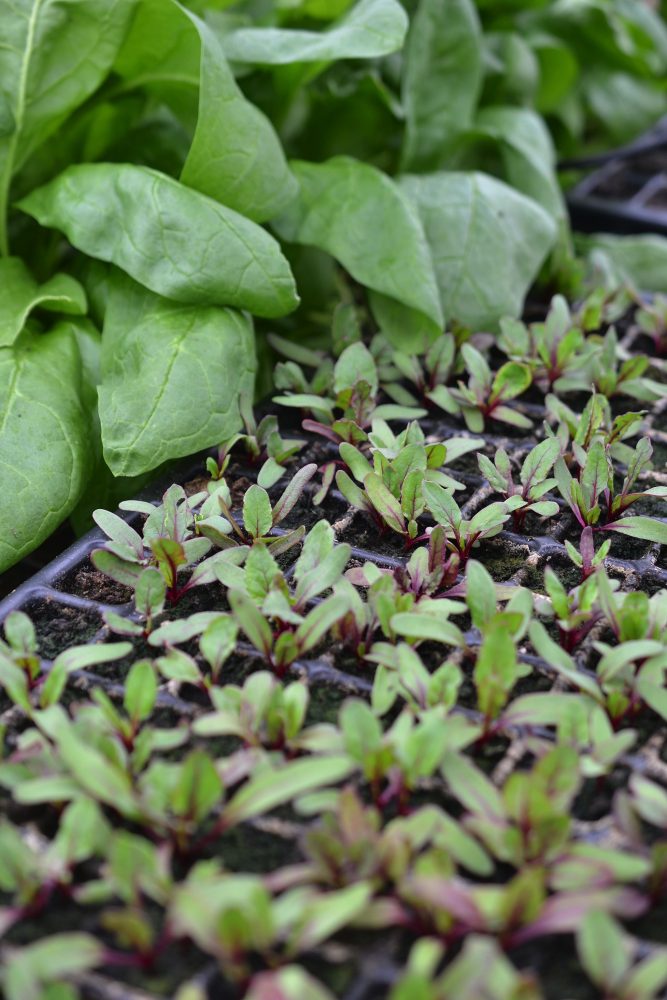 This is what the tray looked like when I kept it in my polytunnel. The little seedling plugs looked so nice and I could have planted them already then.

Sowing in my polytunnel

I decided to fill two large plug trays this year and sowed both of them in the polytunnel in March.

So, how do you go about growing beets from seed then? Well, I like to put one seed in each plug, but every seed actually produces more than one plant. So, I get more than one plant per plug tray cell. I decided to use regular planting soil for this project.

As you can see below, some of the leaves are slightly yellow. This is something that often happens when the plants have been sitting in too little or depleted soil for a while. The plants won't really grow at this stage either, since they just aren't getting what they need. Simply transplant your little seedlings to bigger pots when this happens. That should do the trick. 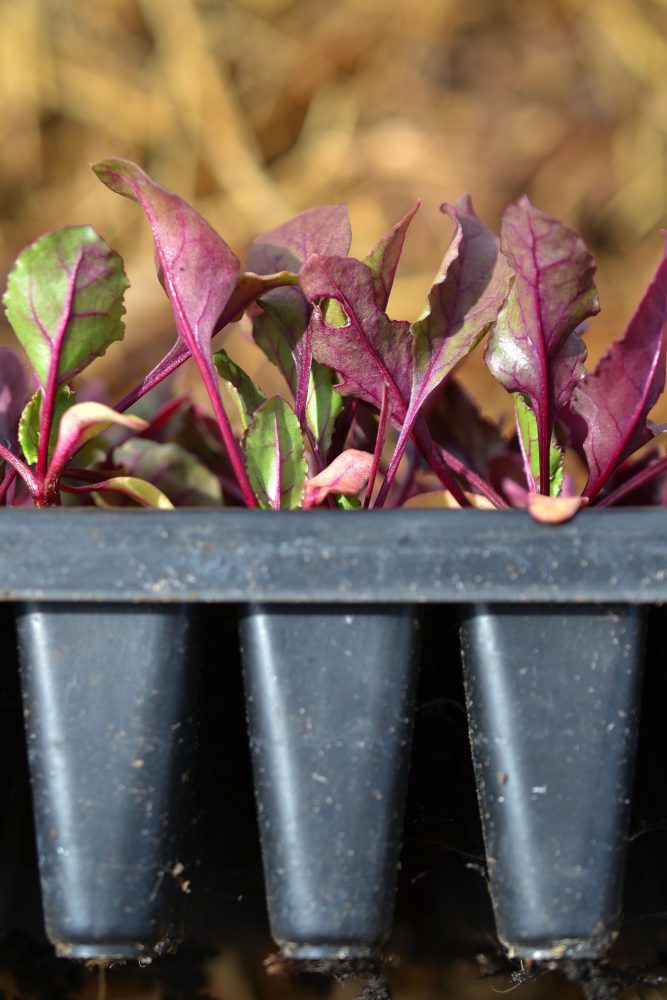 When is it time to plant the little beet seedlings outside? 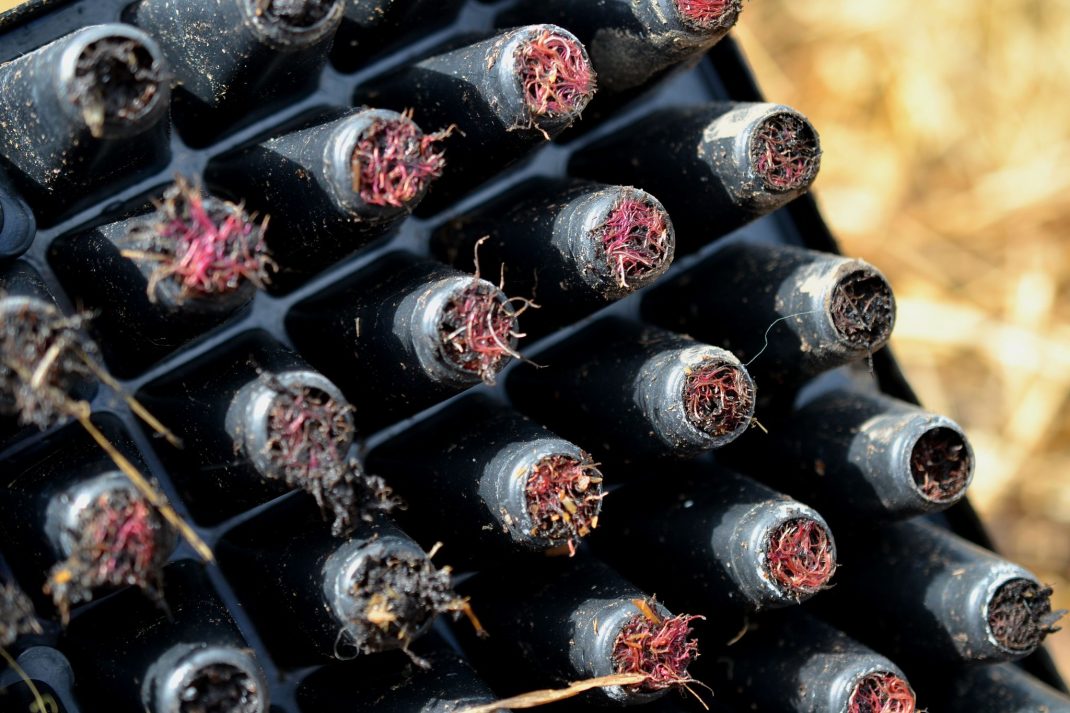 You can often see the roots poking through the bottom of the trough when it's time to transplant. 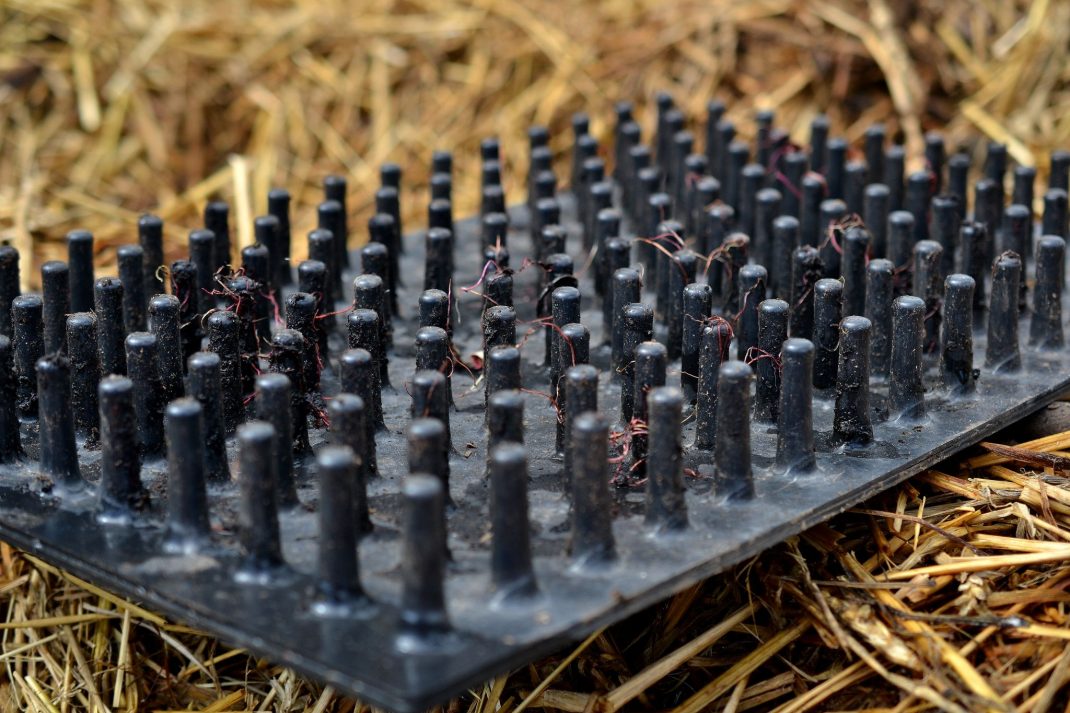 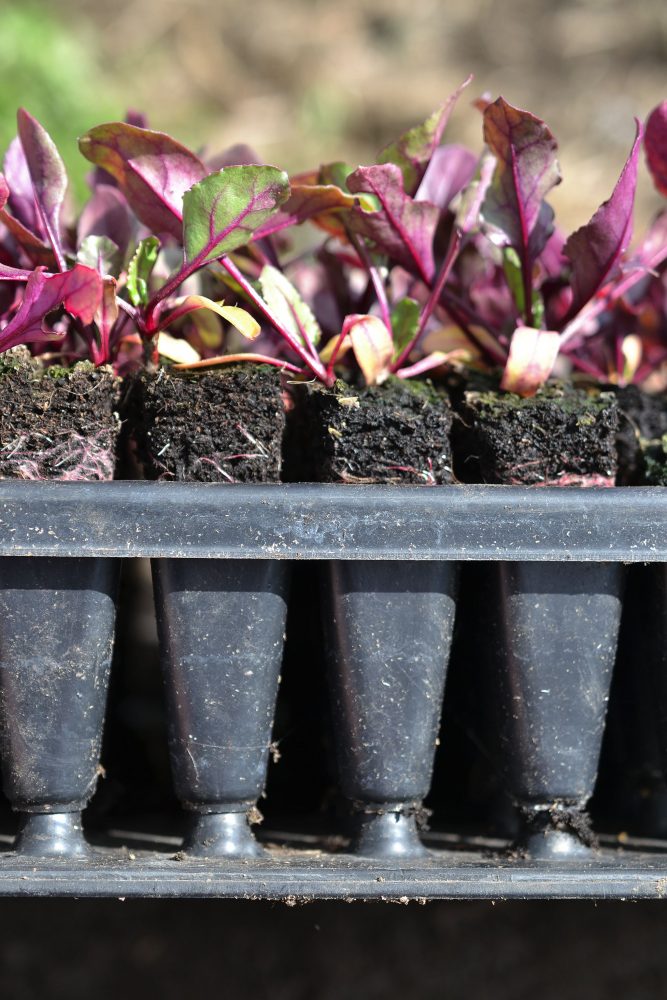 The seedling plugs are pushed from the tray with the help of the push-out plate. So easy! 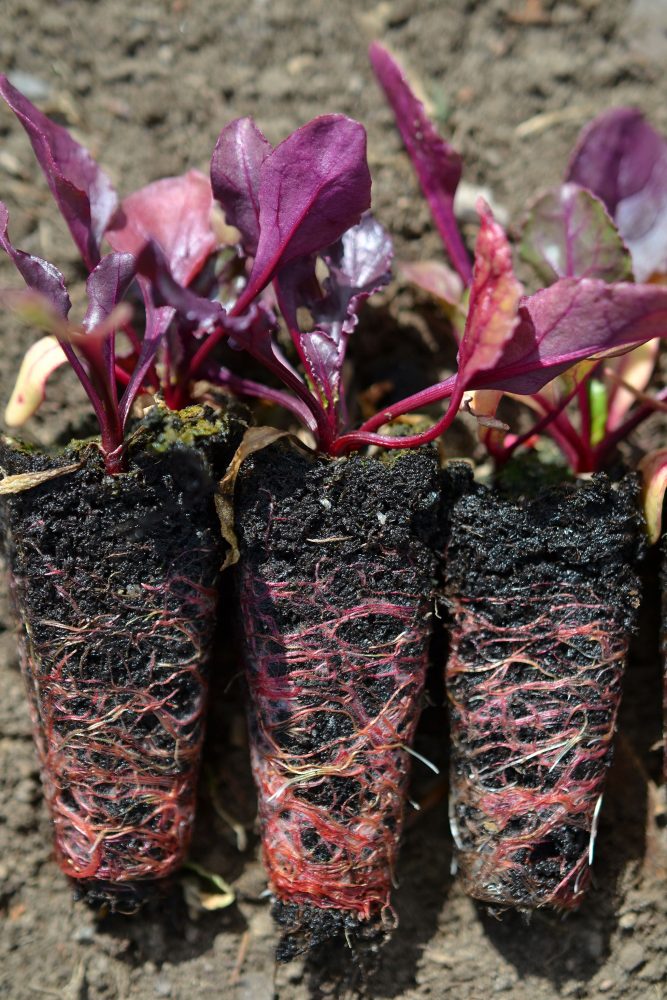 Look at these lovely little seedlings. I plant them by using a stick to make holes in the soil, and then I just push them in.

Why use a plug tray?

This year, I decided to grow my beets together with my asparagus plants. That means that I'm going to need a lot of plants, since I want them to edge three sides of one of my larger beds. Using a plug tray is a great way to get hundreds of little plants in a very limited space. It's great!

I also use a push-out-plate for my plug tray. This is simply put a tray with little spikes on it, the same amount of spikes as plug tray cells. So when it's time to transplant my new little seedlings, I just put the plug tray on top of the push-out-plate and press it down. And just like that, my plants are pushed from the cells and ready to be moved!

When I push the seedlings from the cells, I get these perfect little soil plugs with the seedling inside. These plugs are so easy to plant! I pick up a stick and make a hole in the soil. Then I just plop the seedling plug in there and push the soil down. I can plant hundreds of these in notime!

If you want to make the planting even smoother, then you might want to transplant your beet seedlings on a cloudy or rainy day. Then you won't even have to do much watering afterwards. Perfect! 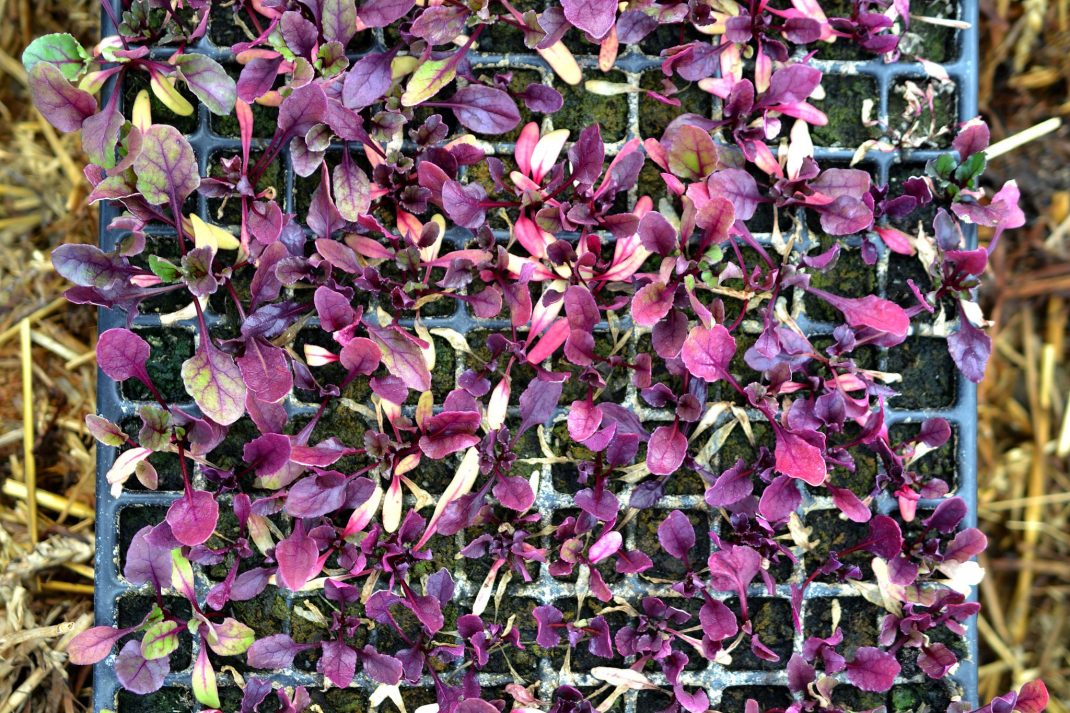 Look at these lovely little plants! 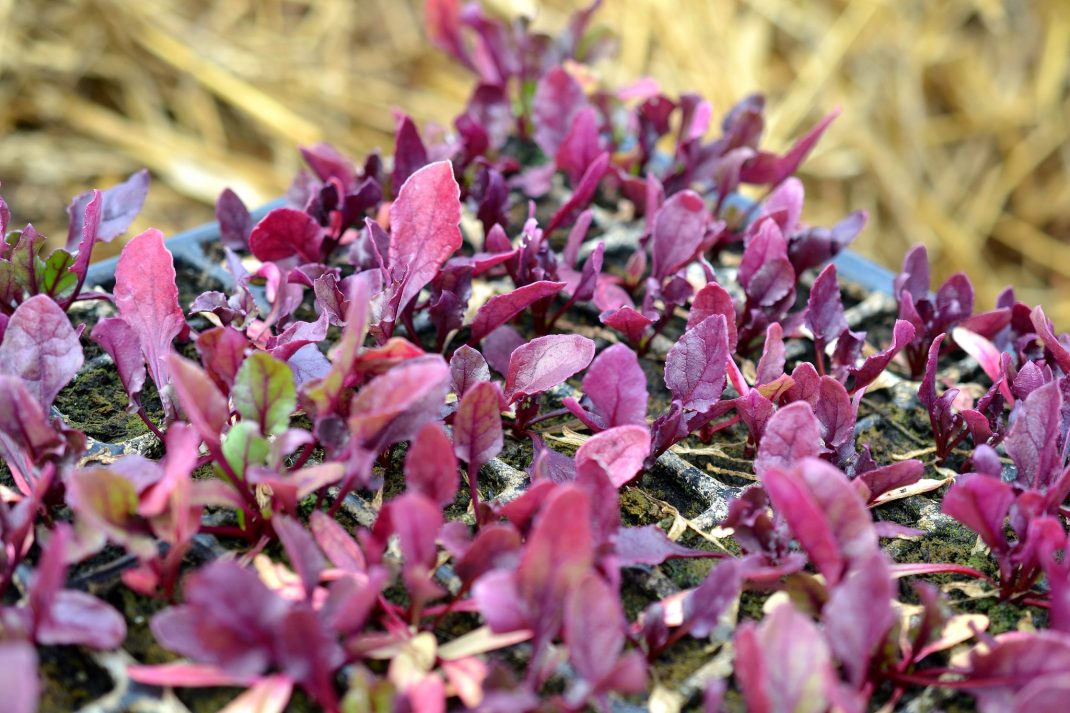 The beet seedlings stop growing after a while in the plug tray. I haven't been fertilizing this batch, but I might need to do that if I don't transplant soon.

Growing beets from seed in May

I live in zone 3, and can grow beets from seed in plug trays all throughout May. You can of course also direct-sow right in your beds or raised areas too. Or, grow your beets on the balcony in large pots or troughs. The great thing about beets is that you don't need to put them in very deep soil. That's why it works so well to grow beets in containers.

It might be difficult to get a nice harvest of beets if you start later in summer. I do however grow late-season beets too, but with the goal of overwintering them instead.

Read more about growing vegetables: Grow your own fast food

Other vegetables you can put in a plug tray: 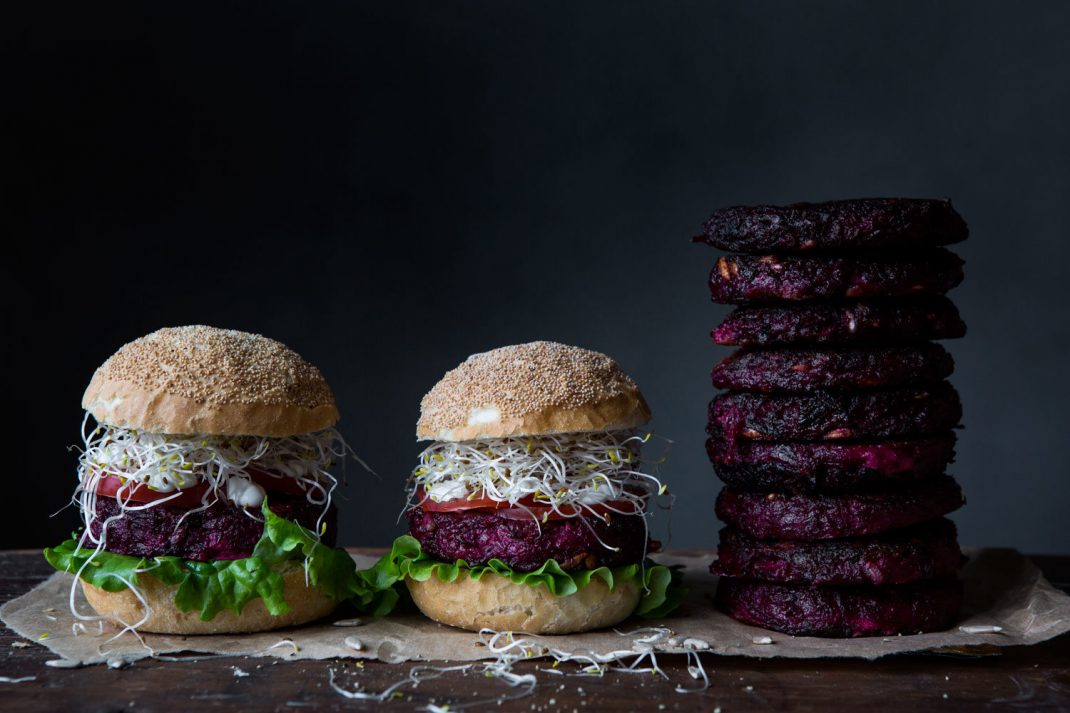 So, why do I grow so many beets? As you might have spotted by now, my goal is to eat as much homegrown food as possible. We actually don't need to go to the store very often because of our lovely kitchen garden. Beets are both healthy and delicious, and you can use them for so many different things! Here are a few of my favorite beet recipes:

Growing beets from seed in plug trays is a great way to get plenty of little plants for your garden! Why not grow a few extra, in case you need these little splashes of color to fill any empty spots in your beds?
/Sara Bäckmo