How to ripen bell peppers indoors

I often get a lot of bell peppers at the beginning of fall. Plenty of them are still green though, but no stress! It's really easy to ripen bell peppers indoors. 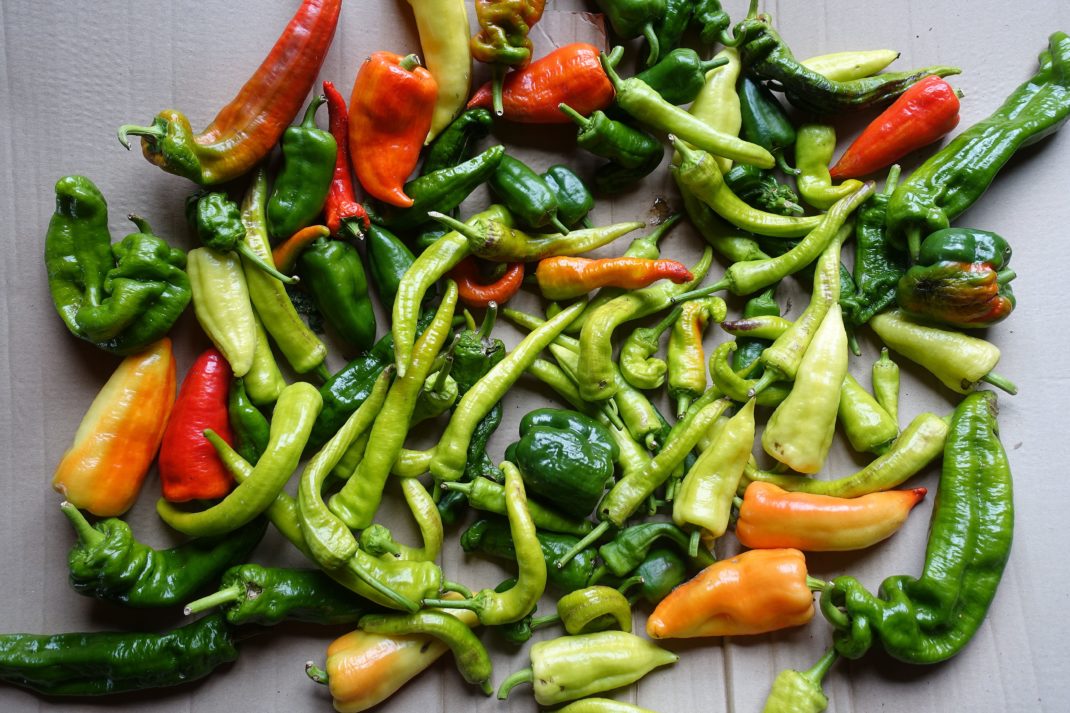 I ripen bell peppers indoors by putting them in a box next to the window.

My bell peppers had a really tough season this year. I decided to follow the 'go hard or go home' philosophy and went for a large amount of plants. Especially varieties that are known to work well outdoors. The plants were so beautiful and I thought they had a bright future ahead of them. 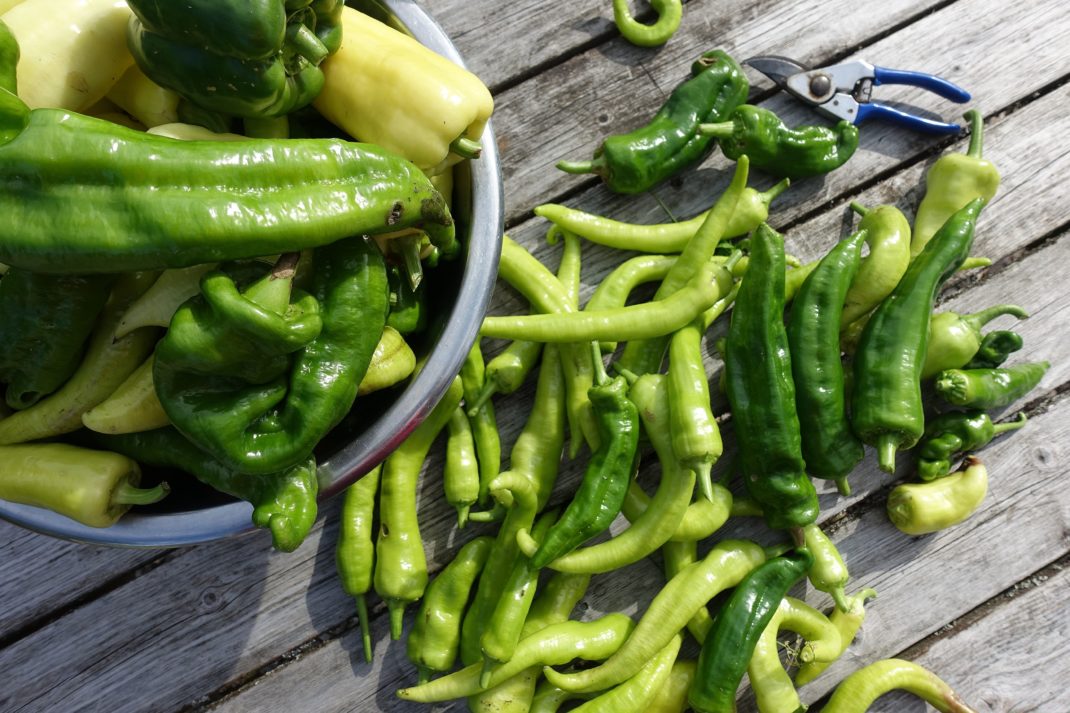 I harvested the bell peppers from my beds outside in mid-September.

Sadly, my bell peppers had to suffer through a cold spell in May when we actually had frost at night. I was so disappointed! But I also know that bell peppers can live through more than expected. There's plenty of energy in the stem and root system that can help the plant reboot. I let them be, and they started to grow again shortly.

Frozen plants can recover, but they will get worn out and might take a bit longer to bolt. I had several plants in my polytunnel as a backup plan. If I didn't, I probably would have moved a few of them to my polytunnel instead.

I'm growing my bell peppers in a deep bed that I mulched with wool. There's a drip hose underneath the wool, and I watered them once a week or so when it was dry outside. They have been taking great care of themselves except for that.

They flowered and developed plenty of little fruits. But they grew soooo slowly. 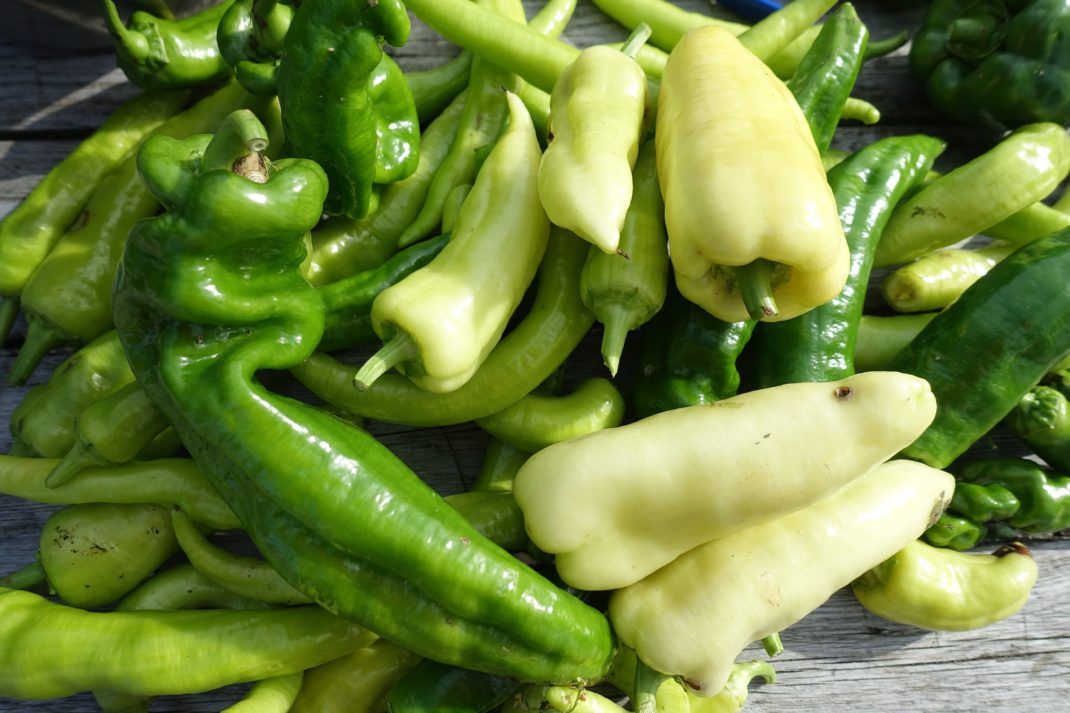 I decided to grow varieties that can be grown outside. The late frost caused the plants to flower late though. The bell peppers are not nearly as large as I wanted them to be.

I got a quite big batch of bell peppers actually, and I have been keeping them in a large cardboard box by a window on the top floor. The bell peppers ripen one by one and they change color from green or white/green to red.

As you probably know, it can get really overwhelming to suddenly have an abundance of one particular vegetable. I love making stuffed bell peppers but I also put them in salads, stews, sauces and more. During fall, we have so many other vegetables available that I prefer saving my bell peppers until winter though. There's no rush! You can freeze your fresh bell peppers. I often do.

Read more: How to freeze chard in flat packages 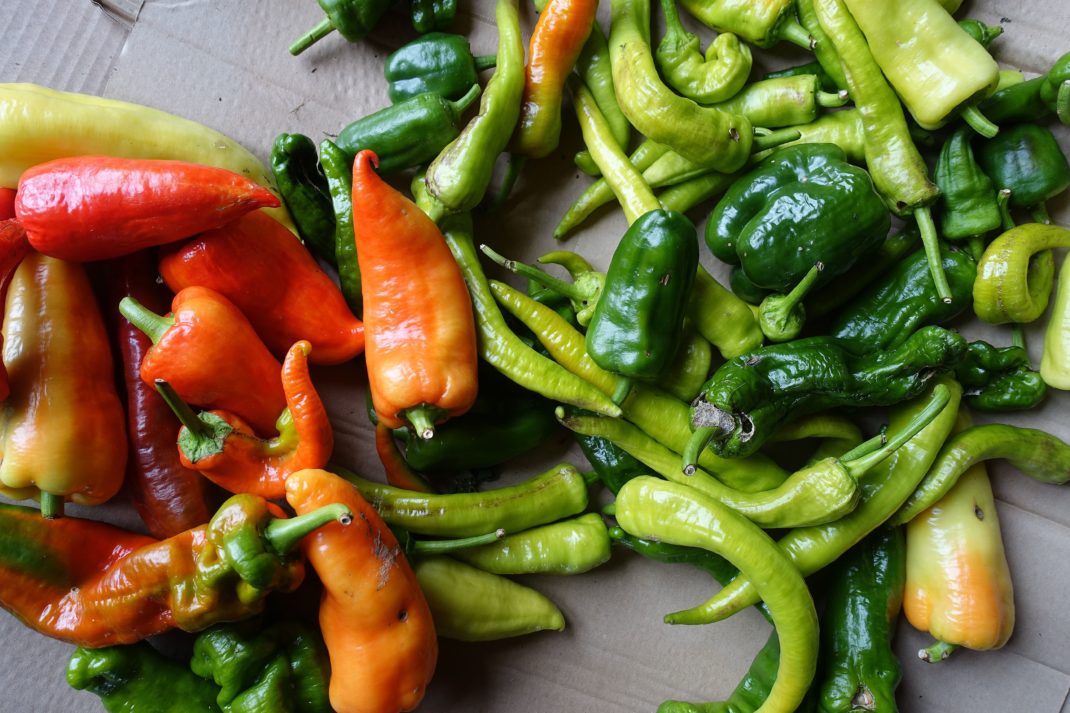 The bell peppers change color from green to red. 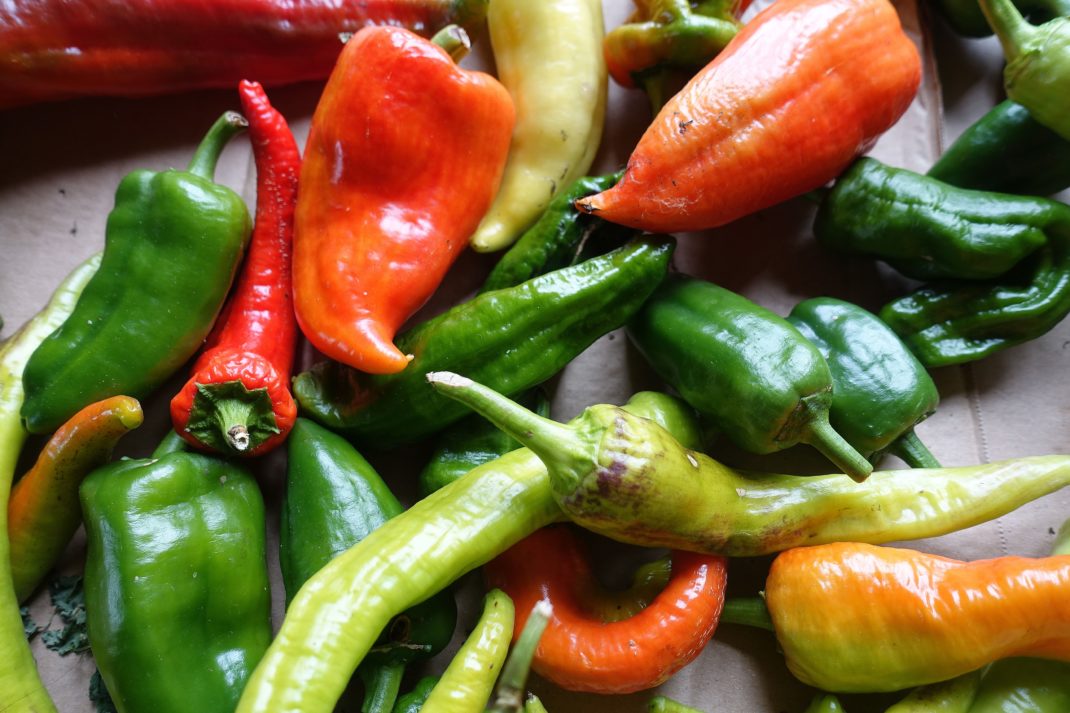 The bell peppers I decided to ripen indoors are a bit softer than their fresh counterparts, but they taste just as nice!

I'm a bit disappointed with how the season ended. But I'm glad I managed to get so many of them inside. The frost came just a week after I harvested my bell peppers and now it's too late to save any more of them. I'm going to remove some of the best-looking plants and try to grow them indoors for a while though. They still have flowers after all! The bell peppers in the polytunnel are doing just fine. I just love being able to pick these beautiful colorful vegetables in fall even here in Southern Sweden!
/Sara Bäckmo