My Preparations for Spring Gardening

I really recommend starting preparations for spring gardening already in fall. Check out my to-do list below for more inspiration! 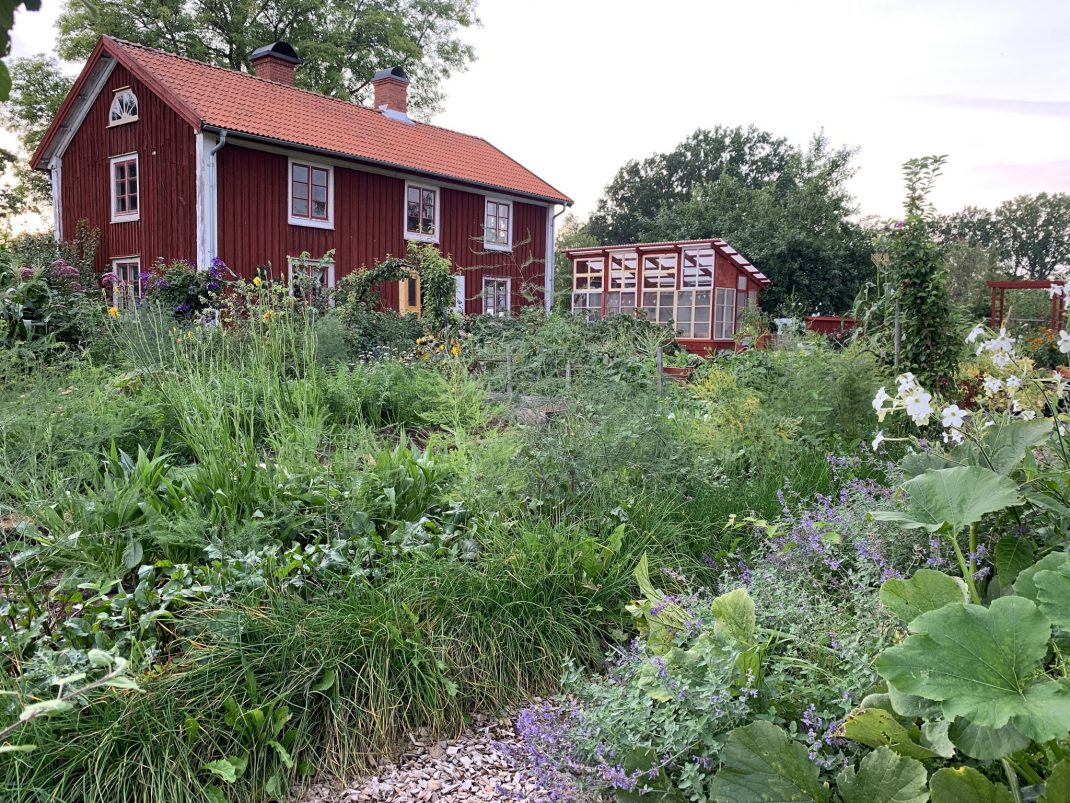 I'm doing preparations for spring gardening already. It's time to start making room for new sowings and mulch the soil.

Is planning key? Well, I know that you can do great in the garden even with a minimal amount of preparations and a shorter time frame. More or less just planning in winter and early spring, sowing in spring and then harvesting in late spring, summer and fall. This is probably what most people do. But I wanted to give you a little tip that can help you prolong the season and get ahead too: You can actually start preparing your spring garden already now in fall.

Many gardeners probably feel that fall is the time to start winding down. And that can absolutely be true. But winding down the right way can actually help you prepare for spring gardening next season, which will keep you a few steps ahead of everyone else.

Having some extra time means that you can start growing earlier, but it also works really well for the general rhythm of the garden. You can for example use old plant parts to fertilize the soil that you want to grow in next year.

I know that this seems a bit overambitious to a lot of people who just want to rest after a busy summer. And I completely understand that! But it doesn't actually take that much to prepare for spring gardening already in fall. We just need to change the mindset. Here are the three most important things to think about:

I don't have a very strict crop rotation routine, but I do have four main groups that I swap every year. So, I make a rough plan of where these different groups should go next year. This simple step makes it so much easier to do the following ones too. Every fall, I make a little sketch of the different areas of my garden and then I write down which main crops I was thinking about putting in each area. Cabbages, potatoes, carrots and beans are my most important crops, and plenty of other vegetables sort of fit in around them.

Of course, I think about where I grew my main crops this year and then I usually move them to the next area on the right every year. I do however also try to save some space for my summer flowers.

Following the first plan for the coming year while also considering this year's crops (most of the plants are still in the beds), also helps me decide what I'm going to sow in fall and winter. I'm in other words preparing for winter-sowings. This is very important to me. When it's time to start sowing in spring, a fourth of my total growing space in the garden might already be taken care of. Simply because I started already in winter.

But, it's usually not possible for me to just walk out into the kitchen garden on a half-frozen day in February and do the whole job then and there. Preparations and sowing at once. For example, old plant parts might be frozen to the ground, the soil could be lumpy and uneven, or even covered by snow. But if I pick and prepare the right locations for winter-sowings already in fall, then I'm right on schedule.

What I'm looking for when it comes to fall and winter-sowings:

I'm removing plant parts from my beds and raised growing areas, I fertilize them with compost or old plant parts that I bury in the soil and then I rake the surface. If there's a possibility that animals get to the beds, then I put wire mesh panels or row cover on top until it's time to sow. You can cover smaller areas like raised beds with a lid to keep the snow from collecting on top. 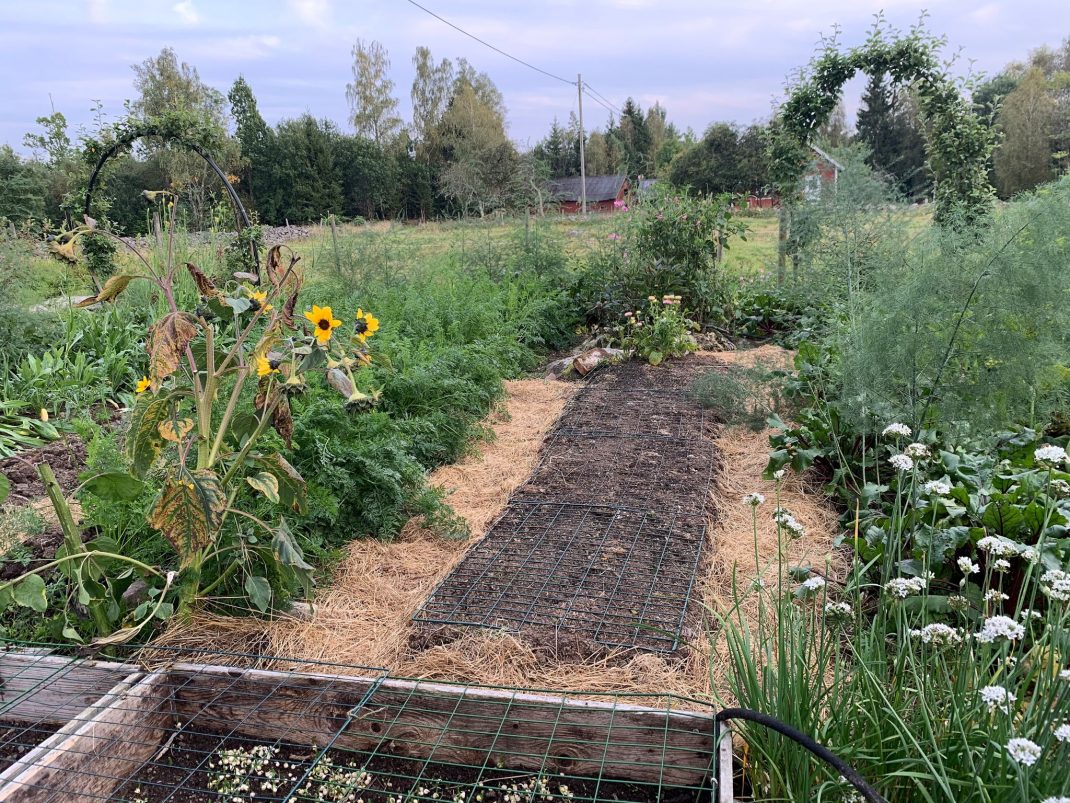 I harvested the rest of my carrots and then I did a sowing of summer flowers in the bed. Wire mesh panels protect the bed against curious cats in my spring garden.

It's a lot easier for me to start preparing the other parts of my garden for winter when I know what to do with the beds.

For example, I always try to use all of the old plant parts in my garden. If you think about it, the entire garden is actually filled with new potential soil. Legumes, corn, cabbage leaves, carrot tops and old flowers will turn into new high-quality soil after composting.

But as you might know by now, I'm actually not a fan of compost piles. I prefer mulching. I harvest the organic material in fall and then I just put it right on top of the beds in my kitchen garden. The earthworms, insects and little microbes in the soil work the material which becomes a perfect layer of humus after a while. It's actually better to compost the material right on top of the beds. This works a lot better than making a compost pile somewhere else and then moving the new soil later. For example the pH value is affected when you put fresh organic material on top of the ground. You can read more about my soil health in the article below: 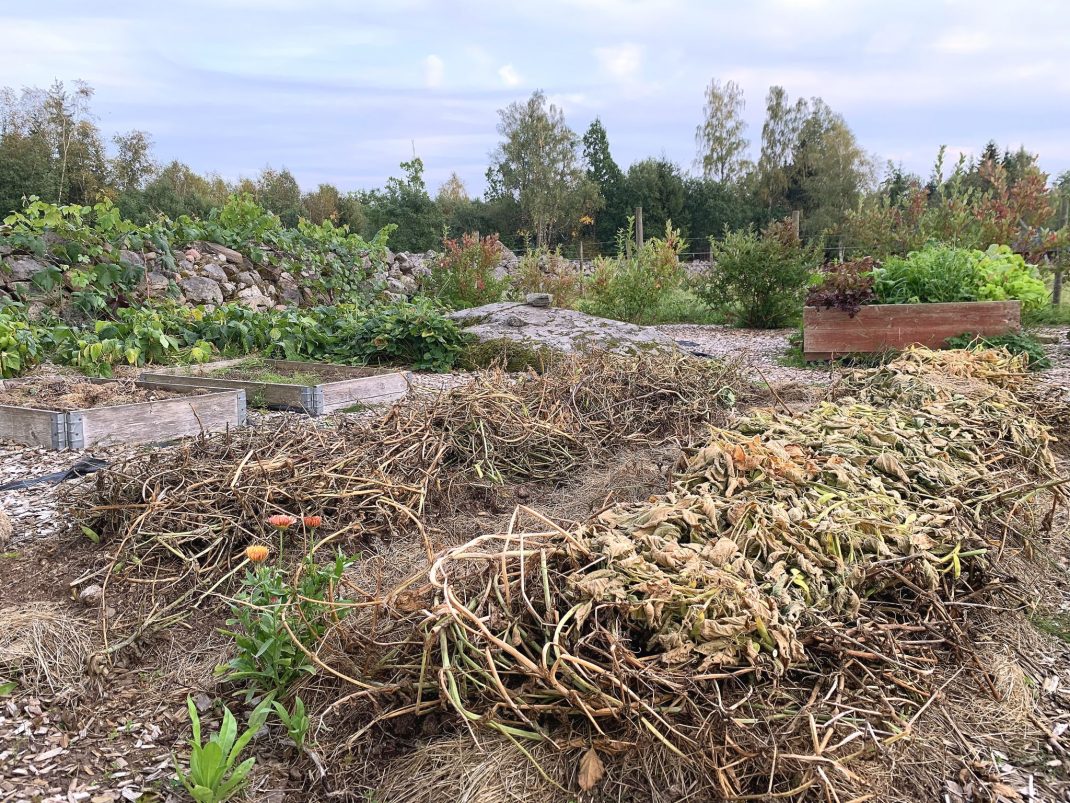 Some people think that lots of mulch looks a little messy. I actually love it! It's so nice to know that we don't let the material go to waste. We don't need to move the plant parts very far, or get some other type of fertilizer either. So convenient!

A large kitchen garden can produce plenty of plant material, so you might want to make a plan for it and use it in your preparations for spring gardening. This is where I put mine:

You don't have to chop the material up before you use it. Simply put it on top of the beds or in your growing frames. It can take two years before a sturdy cabbage stalk turns into soil though, which means that you can put the coarser materials in a spot where you won't be bothered by it. You can of course also run your larger plant parts through a compost mill too. This will make the decomposition faster.

Her are a few examples of preparations for spring gardening.

These preparations for spring gardening are actually pretty fun! I try to do just a little at a time so it doesn't get too overwhelming. But I already notice a bit more order after the late summer chaos. Something that's very welcome, of course!
/Sara Bäckmo

2 responses to “My Preparations for Spring Gardening” 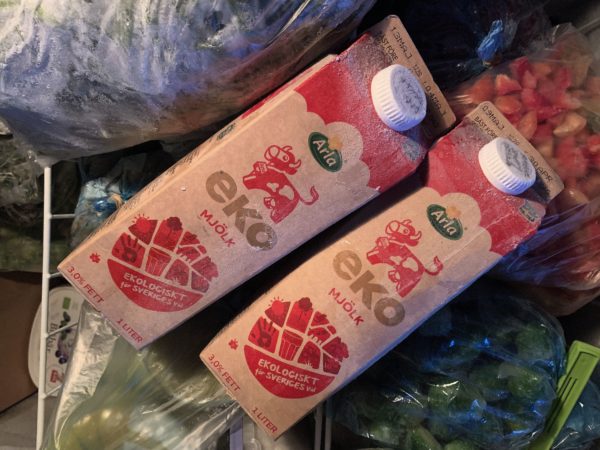 I'm reusing milk cartons to freeze lots of things from my kitchen. It's really convenient, try it! 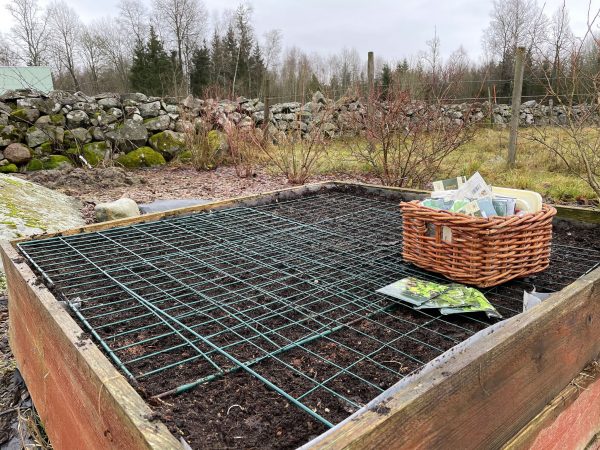 I finally did a winter sowing in my red grow box! Several different types of leafy greens. I look forward to harvesting them in early spring. Do you want to learn more about growing vegetables in winter? Keep reading!