What are Potato Onions?

Potato onion is a very sought-after allium. I'm lucky to grow two different varieties in my garden! They are not only delicious but easy to grow and store too. Read more about them below! 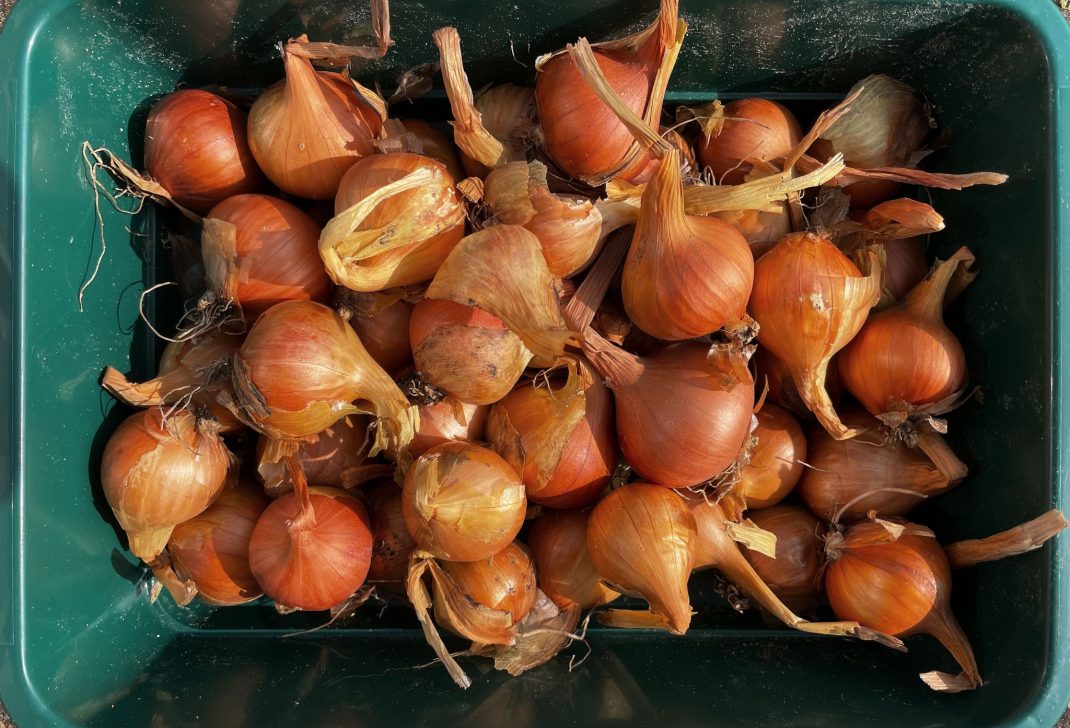 Here we have the potato onions! I decided to take these ones to the kitchen and plan on eating them in the following weeks.

I recently planted a new batch of potato onions in my beds outside. This is actually my most trustworthy allium for long-time storage. I harvest them in summer and then they do just fine indoors until the coming spring. This is when I use the smaller remaining bulbs as seed onions. Potato onions don't mind room temperature and generally look and feel exactly the same as when I harvested them. I could store them for over a year if I wanted to. So convenient!

But what is a potato onion then? Well, it's a type of shallot. We plant a small onion in the soil and then it separates and produces several different bulbs. I've harvested clusters with more than ten onions! Last year's bulbs didn't grow very large, but I got a lot of them instead. The ones I planted yesterday were my last ones. And that's saying a lot since I had an entire large paper bag of bulbs from the start. 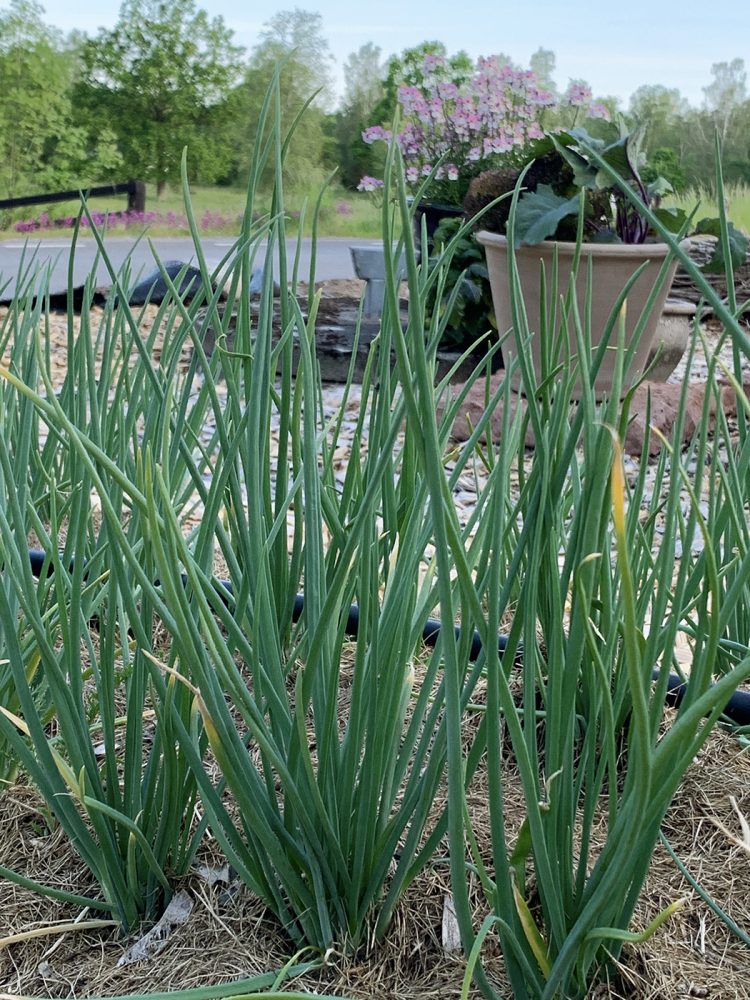 This is what potato onions look like in early summer. Look at those lovely green tops!

I love the fact that potato onions have such a long history in Sweden. These onions have been so important to many generations of farmers all over the country. It's one of those crops that seems to stand the test of time, passed from hand to hand.  I got one of the varieties I'm growing from an acquaintance called Maggan, living in the small village Älmhult. Another one is called Gunnebo that I got as a gift from another garden enthusiast in the neighboring village Jät. Growing this particular onion feels like great way to honor the knowledge and hard work of the farmers of the past!

Read more: When to harvest onions? 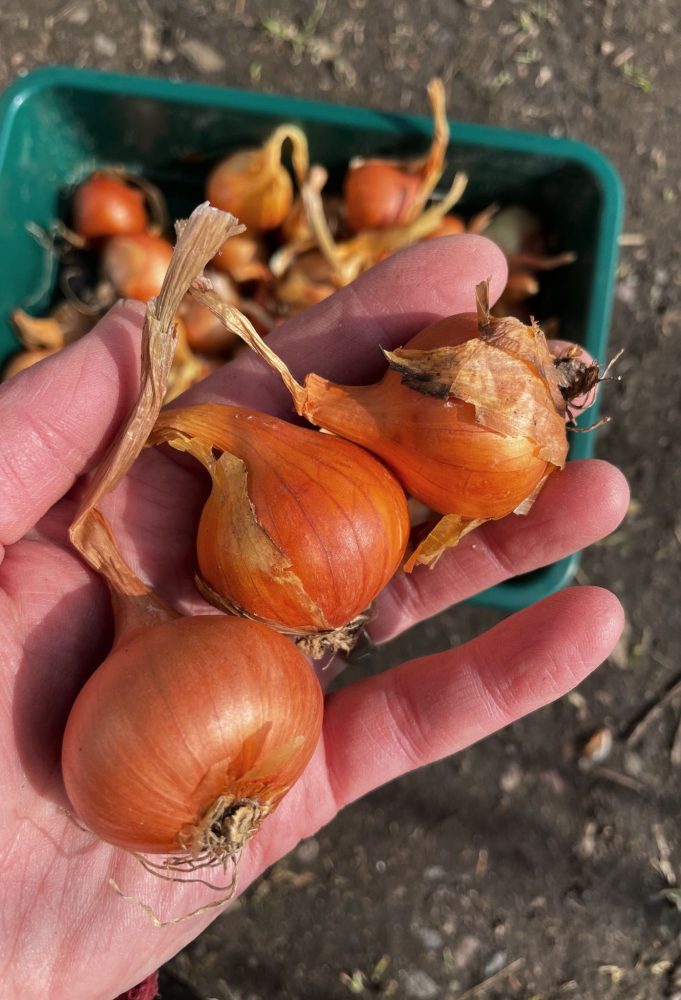 Onions come in different sizes, but the surroundings will affect the growth too of course. The onions grew quite small last year.

How to Grow Potato Onions?

You grow potato onions by planting the bulbs, one by one. So make sure to separate any clusters and plant each onion individually. I usually just make a row in the soil and put the onions in with the pointy side facing upwards, around 4 inches (10 cm) apart.

You can always plant the potato onions already in fall and let them overwinter. This works really well in most parts of Sweden, which I think should translate to many different climates around the globe. (I live in zone 3.)

A large bundle of onion tops will grow in summer, which is when the onions separate too. Start harvesting when you notice that the onion tops slouch down. Let the onions dry and leave the tops on for now while you put the bulbs in a dry area. After that, it's time to clean the onions and remove plant parts before you store them indoors long-term.

I recently decided to grow potato onions in two rows of a bed in the kitchen garden. The onions are located in the outer edges of the beds and I sowed radishes in the middle. The radishes can be harvested in April-May, and then I can start sowing other crops that I harvest later in the season. For example carrots, dill or beets. 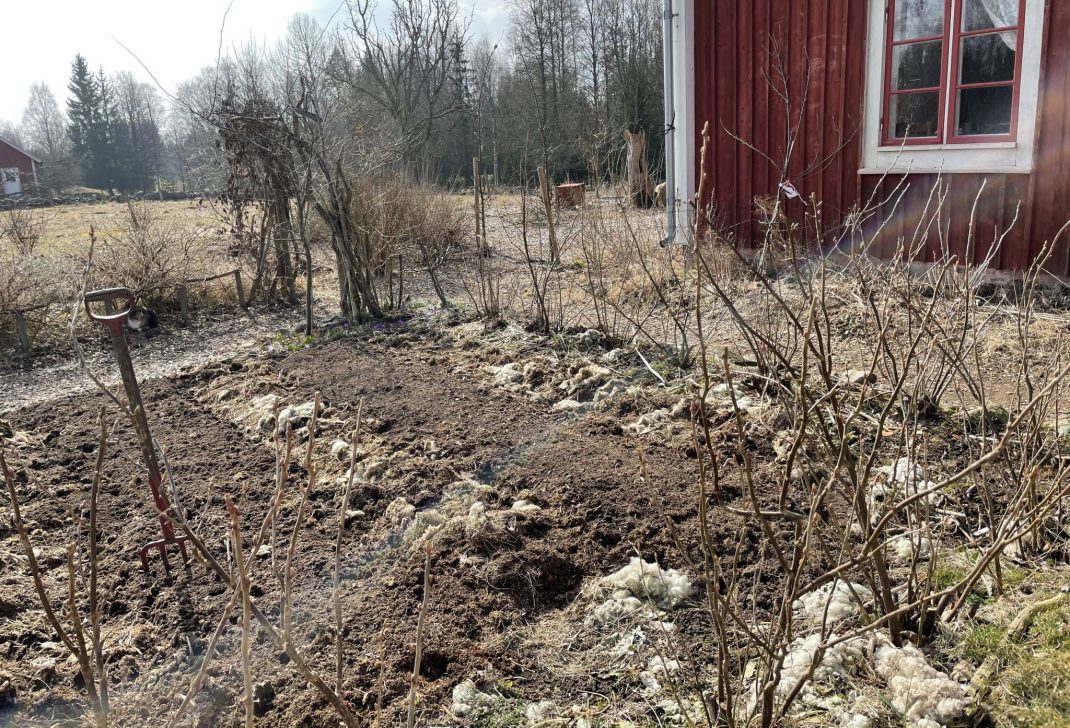 I'm growing this year's onions in a bed next to the currants. This is a new bed that I recently raked. 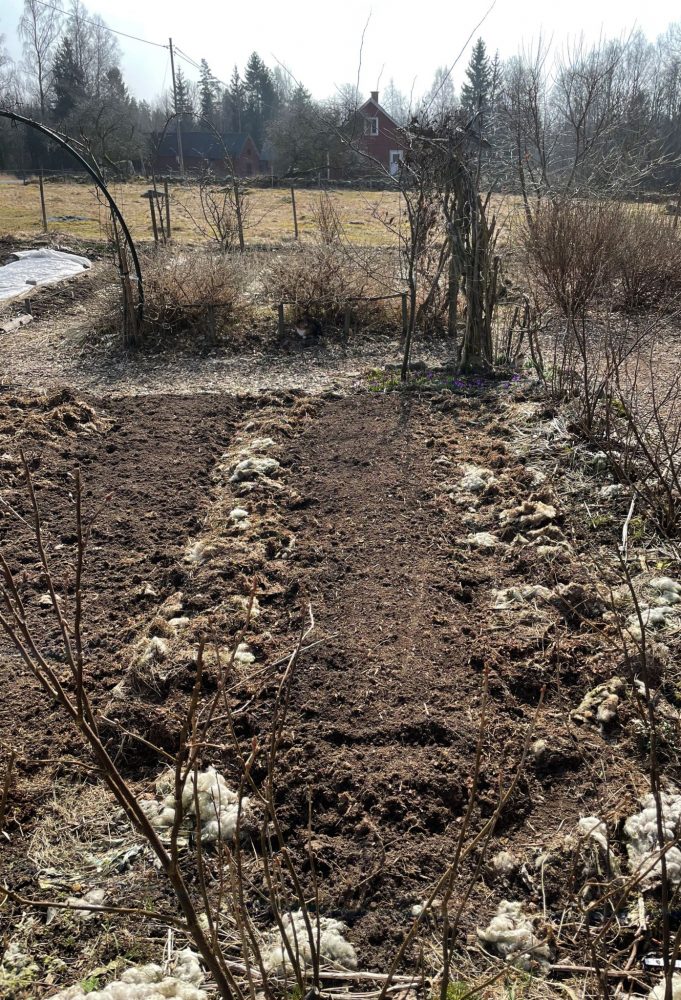 Two rows of onions in the outer edge of the narrow bed together with radishes that I sowed in the middle. 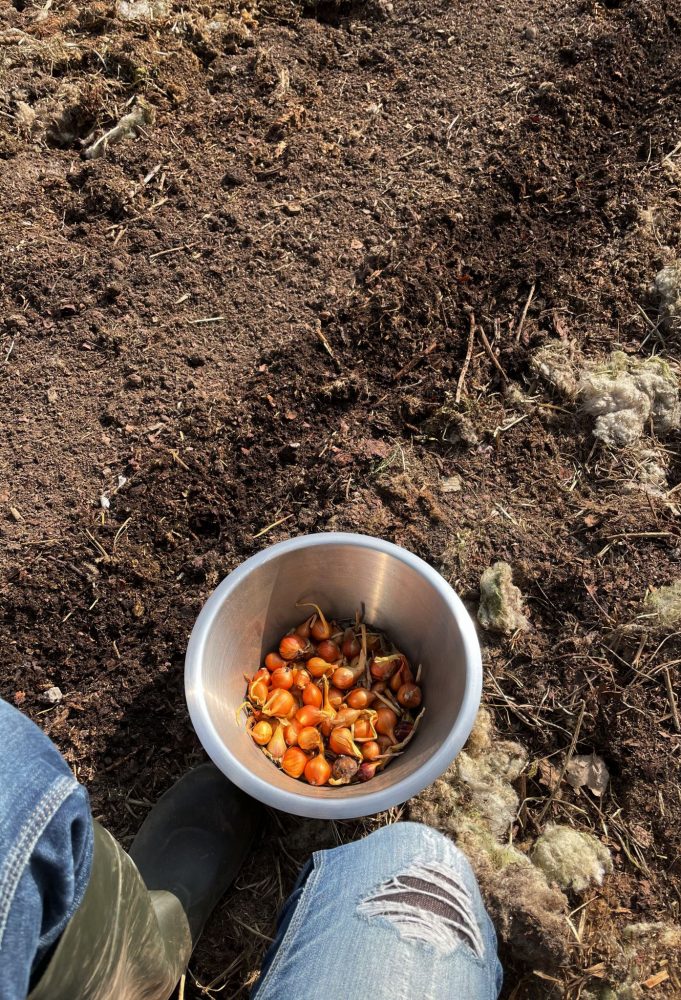 I usually just make my rows with a stick or the other end of a rake. Then I plant my onions around four inches apart and cover the rows with soil.

We don't see potato onions that often in the garden centers here in Sweden. These onions are often treated as gifts or something you trade instead. You might find them at a farmer's market or auction site though. Or perhaps it's easier to get ahold of them in other countries. If you happen to get one then I absolutely recommend growing potato onions as well as giving onion sets to other gardeners around you!
/Sara Bäckmo