How and When to Harvest Corn

I really enjoy growing corn, since it basically takes care of itself all season long. But there are a few things you need to know about how to harvest corn in your own garden. Keep reading to learn more!

I made three rows with around 15 plants in each row. Keep reading to learn how and when to harvest corn in your own garden.

The corn plants I grew in the garden this year might just be my tallest ones yet. Something I couldn't imagine when I put the tiny little plants outside in early June. I don't quite remember the exact date. One thing I do remember though is that I was really worried about them. There were so many slugs in the garden and I had to put the corn in one of the worst areas.

But I'm so happy to say that only one of my plants is obviously dead. Not even because of the slugs, it seems to have just withered away for some other reason. It's amazing! One of the worst slug seasons in my kitchen garden and the corn was by some miracle spared!

I don't remember which variety I'm growing this year, but it's one of the sweeter ones from a local seed company here in Sweden. Now, it's time to harvest corn in my garden!

The corn I managed to grow this year is a great example of why we should always start the seeds inside and put the plants outside later. It took a good while for the plants to develop, and they still weren't ready in late August. The corn won't really keep growing when the frost comes.

Corn needs both heat and moisture to grow well. I grow my plants in a bed mulched with wool, plant parts and grass clippings. Up here in zone 3, I can just about make it before frost if I choose the fast-growing varieties.

That's why I always want to produce my little seedlings indoors. Simply sow the seeds in little plug trays and plant the corn outside later, instead of direct-sowing in the bed that is. Since corn needs warm soil and doesn't do well with sudden cold spells, I would need to direct-sow the seeds a lot later. Starting the seeds indoors gives us some extra time. A few very valuable weeks before it's time to harvest corn. 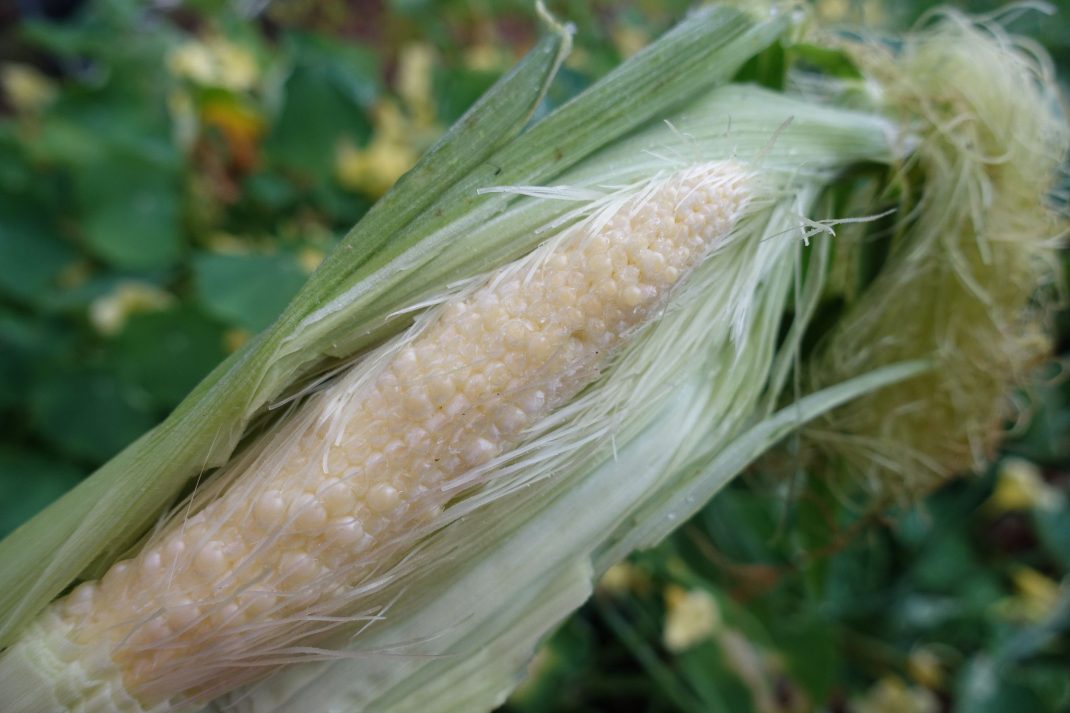 You need to harvest corn at the right time. Don't do it too early. This is what my unripe corn looks like. 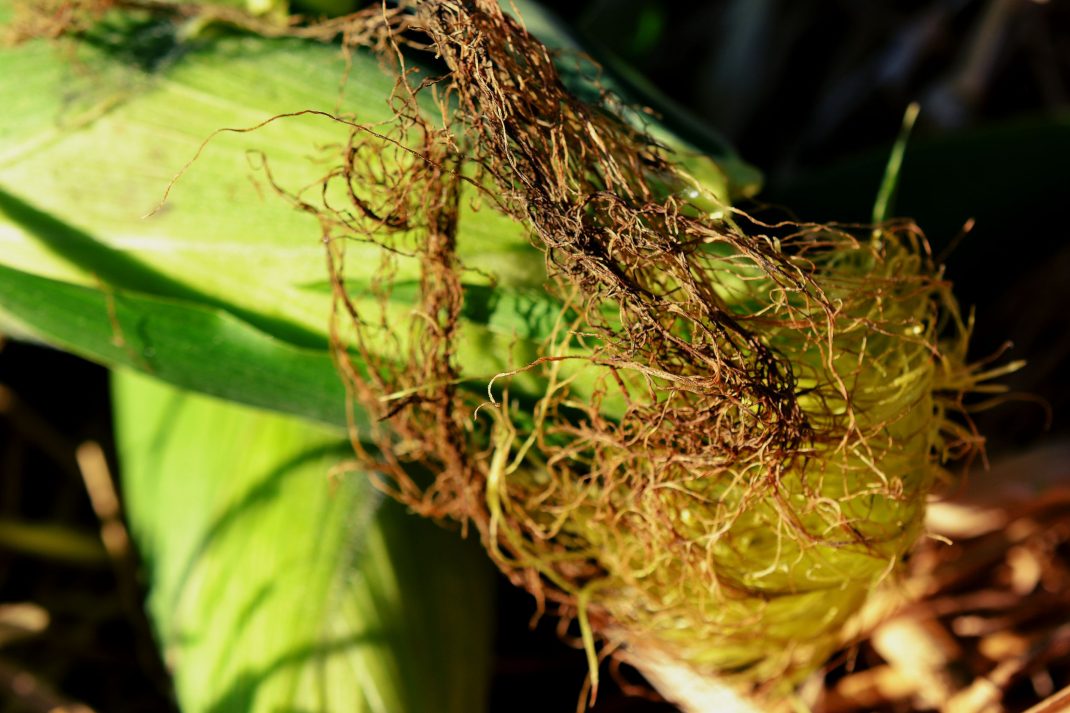 The corn silk on this cob seems to indicate it's time to harvest corn in my garden. The top of the cob is round too, and I can see large yellow kernels behind the husks. This picture was taken in 2013.

Make sure to really check if your corn is ready before you start harvesting it. It won't taste as well if it's not, and the cob will be smaller too. I usually go by these three signs to figure out if the corn is ready:

As long as you give your corn the right conditions to grow, it's one of the most low-maintenance plants in the garden. It basically doesn't need anything particular all season long. You just need to grow it in well-fertilized soil. That's why you might as well grow lots of it if you have the space.

I also think that the harvest itself is very easy to deal with. You can just freeze the raw cobs (remove the husks) whole or cut them into smaller pieces first. Or, you can just remove the kernels and put them in a jar before you freeze them. 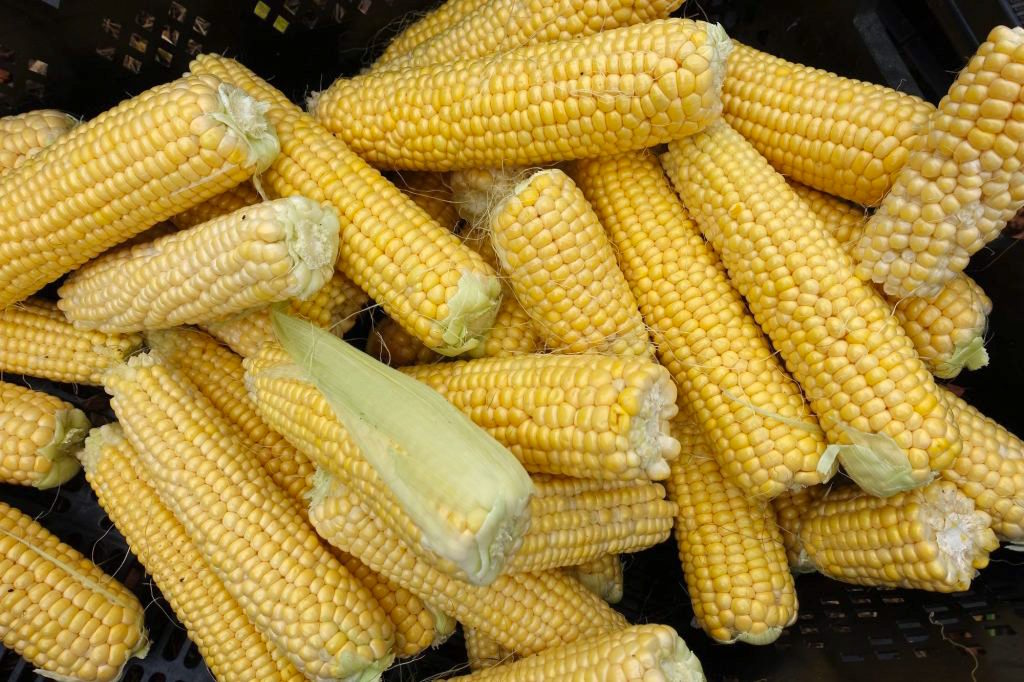 This is what I like to see when I harvest corn. One single bed in my kitchen garden can actually produce up to 100 cobs on a good season. 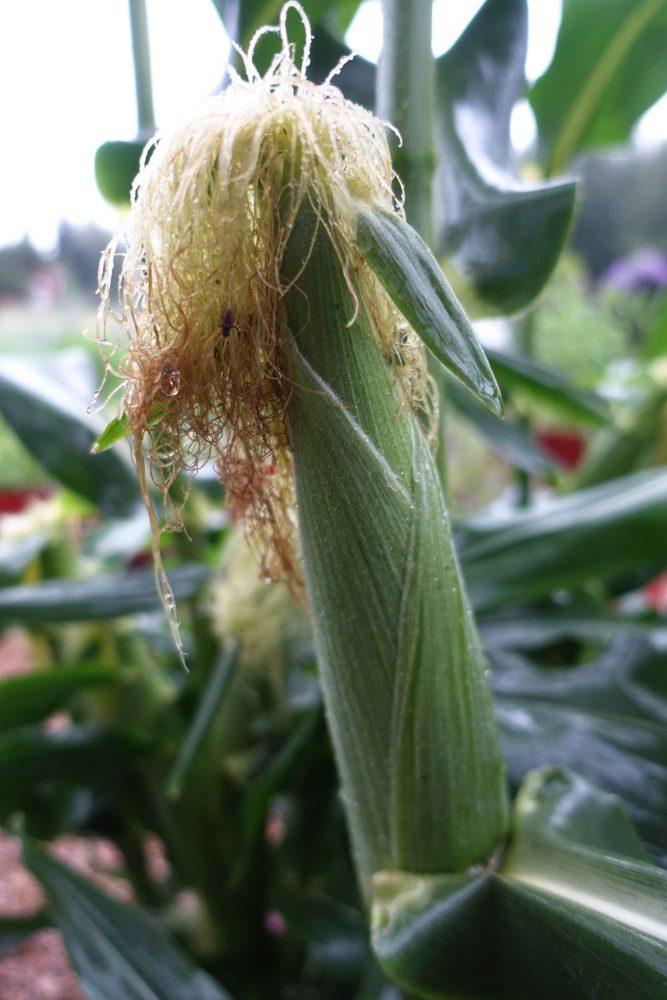 It might look like it's time to harvest corn when the silk looks like this, but it actually needs to wither down completely before you can start. Just stay patient! The threads at the top of the cob are actually female flowers that collect pollen from male flowers at the top of the plants. When the plants have been pollinated, then the flowers wither and the threads go brown and dry. 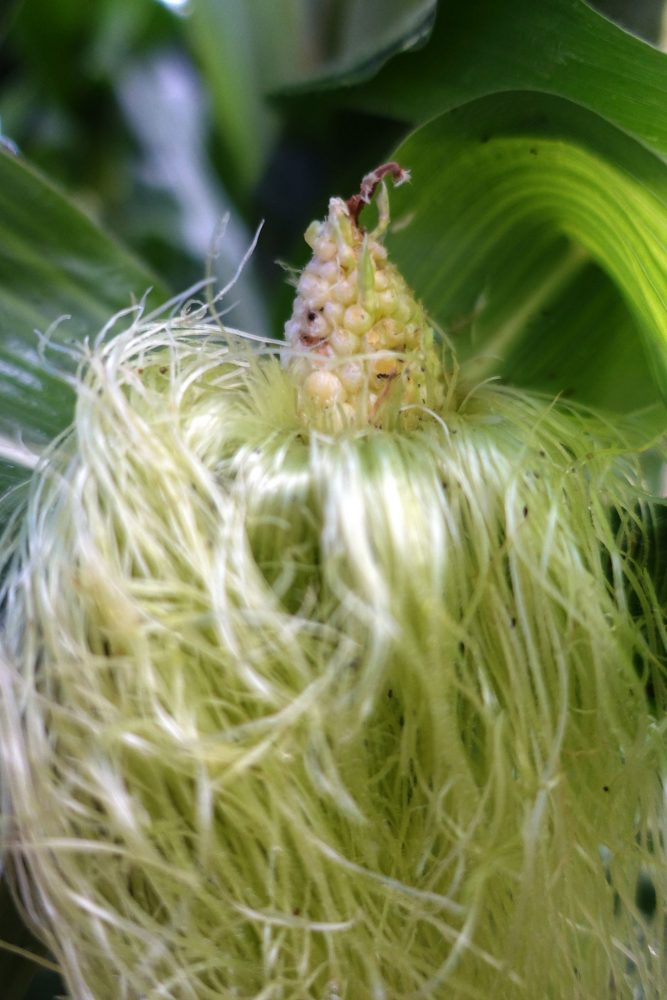 You can clearly see when the time is right by looking at the top of the cob. Here, we can se yellow/white kernels that don't look very corn-like. It's not time to harvest corn here yet!

I hope that you try to grow and harvest corn in your own garden too! And don't forget to check my other content about corn and much more here on the blog and on YouTube. Good luck!